The Scotland women’s hockey have won the Team of the Year Award at the Scottish Women in Sport (SWIS) Awards 2019.

The Awards were held at the GoGlasgow Hotel on Friday 8 November and the Tartan Hearts won the award in an excellent and competitive field of nominees.

It has been an incredible year for the Scotland women’s hockey team; they won Women’s EuroHockey Championship II in Glasgow in emphatic fashion securing promotion to the top division of European hockey. The Scots won every game at the tournament in front of a passionate home crowd and lifted the trophy after an excellent 2-1 victory over Italy in the final.

It was also a year in which the team beat World Cup silver medallists Ireland in Stormont as part of preparations for the Euros. There are also three athletes competing in the Great Britain women’s squad: Sarah Robertson, Amy Costello and Charlotte Watson showing the level of talent within the squad.

Scotland women’s captain, Kaz Cuthbert, said, “We’re absolutely buzzing. We’d like to say a big thank you to the team, the full squad, the management, and Scottish Hockey for making it happen. We had the most amazing Euros at Glasgow Green and this is the reward for it. Well done everyone.”

Find a club near you HERE 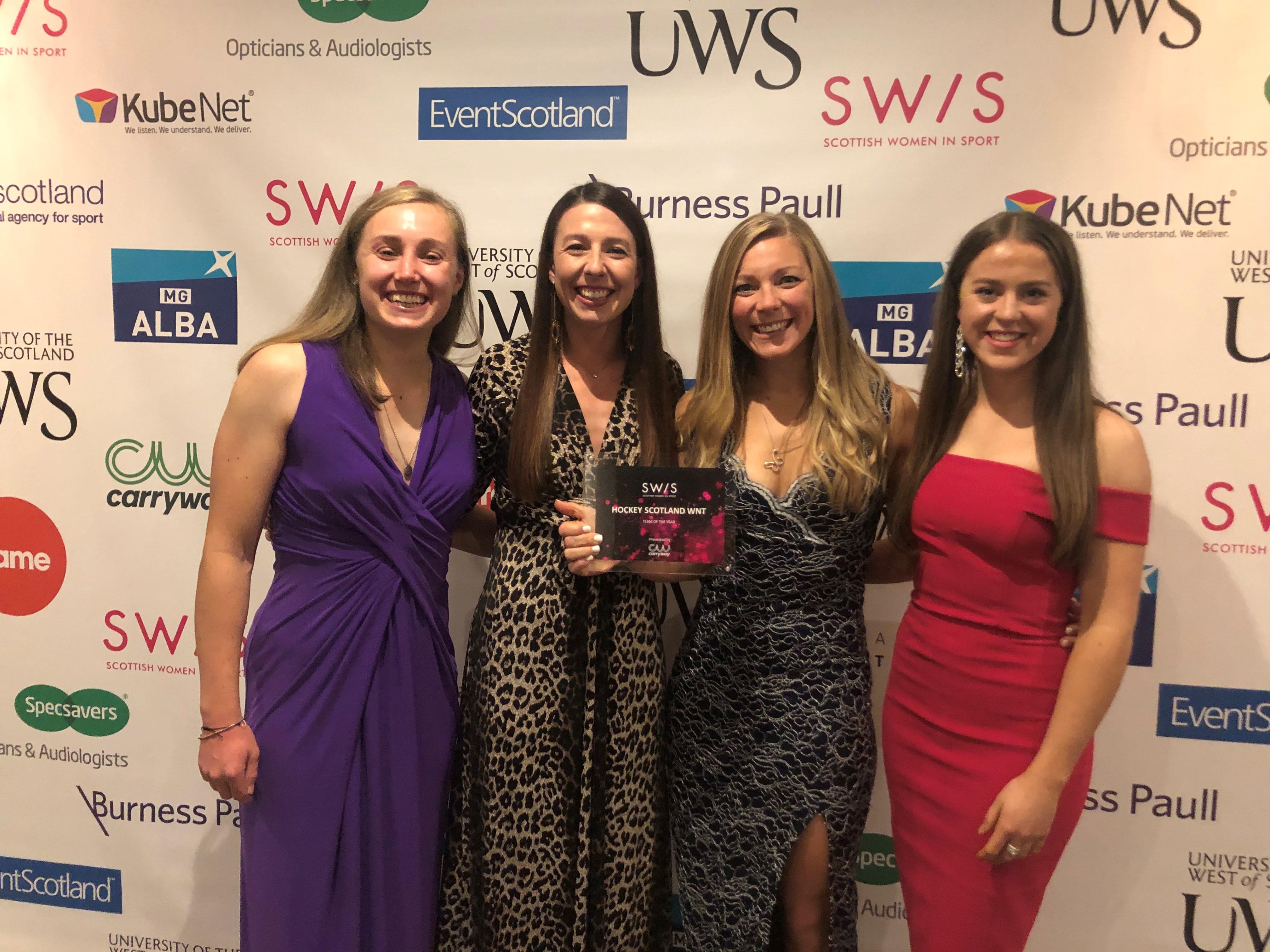