It was an amazing night for hockey as the Scotland Women’s National Hockey Team won Team of the Year at the prestigious Sunday Mail and sportscotland Scottish Sports Awards. The awards were held at a jam-packed with sporting names Doubletree Hilton in Glasgow on 5 December.

It has been a phenomenal year for the Scotland women’s team; they won Women’s EuroHockey Championship II in Glasgow in emphatic fashion securing promotion to the top division of European hockey. The Scots won every game at the tournament in front of a passionate home crowd and lifted the trophy after an excellent 2-1 victory over Italy in the final.

It was also a year in which the team beat World Cup silver medallists Ireland in Stormont as part of preparations for the Euros. There are also three athletes competing in the Great Britain women’s squad: Sarah Robertson, Amy Costello and Charlotte Watson showing the level of talent within the Scotland squad.

Scotland women’s Vice Captain Becky Ward said, “It’s absolutely amazing, I’m delighted for the whole squad – it’s been amazing summer and it’s great to finish it off with a night like this. The home Europeans was just such a great experience and the whole year has been fantastic. I’m looking forward to seeing how the squad develops going forward, it’s a really exciting time. I’d like to thank sportscotland, Scottish Hockey and our sponsors Boho and Graham’s for all the support.”

Scottish Hockey’s CEO David Sweetman said, “This is a fantastic success for hockey, and I’d like to congratulate the Scotland women’s team and staff on winning such a prestigious award. The recognition is fantastic for the sport and demonstrates how great an achievement the squad’s successes have been over the last year.

“Women’s EuroHockey Championship II was an amazing tournament in Glasgow with the biggest crowds since Glasgow 2014. Scotland winning the tournament was really special and it’s great to see this recognised in the awards the team has been winning.” 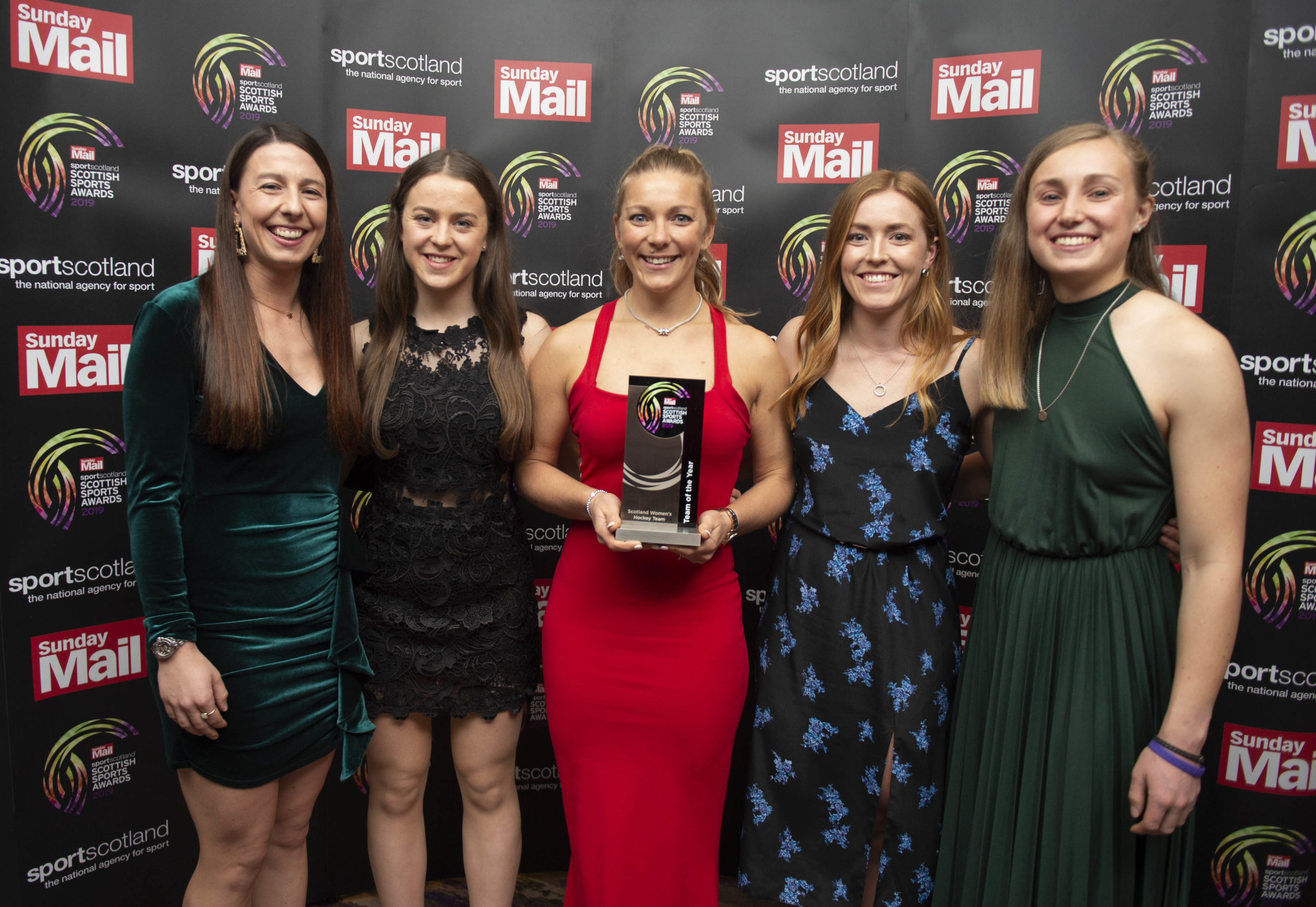