Scots held to a draw by Italy in the second test

Scotland women`s recent unbeaten run continues although they were held to a 1-1 draw by Italy at the second test match at Peffermill this evening. Having won the opening match 3-0 the Scots still lead the series 1-0 with the final encounter due tomorrow at 6.30pm.

The Scots started really well against a determined Italian side and should have taken the lead in the first quarter. Several chances evaded the back of the net, Fiona Burnet at a penalty corner and also Sarah Jamieson, but no breakthrough.

Chances continued in the second quarter but it was the Italians who took the lead through a deflected penalty corner.

The Scots had a great chance to level with a penalty but Sarah Jamieson`s low spot effort was well saved by the Italian keeper.

However, the equaliser finally came in the final quarter, a slip left at a penalty corner found Ellie Wilson and her shot was deflected into the net by Fiona Semple.

There was no further scoring but the Scots did have their chances to score again, and it would have been a deserved outcome, but it wasn’t to be this time.

Coach Chris Duncan said: “It was a feisty game as the Italians were much more determined than in the first game. We went behind in the game and it was a good lesson for us to come back and nullify their advantage. We still need to be much calmer in the final third and take advantage of our pressure – we will step up on that in the final game.” 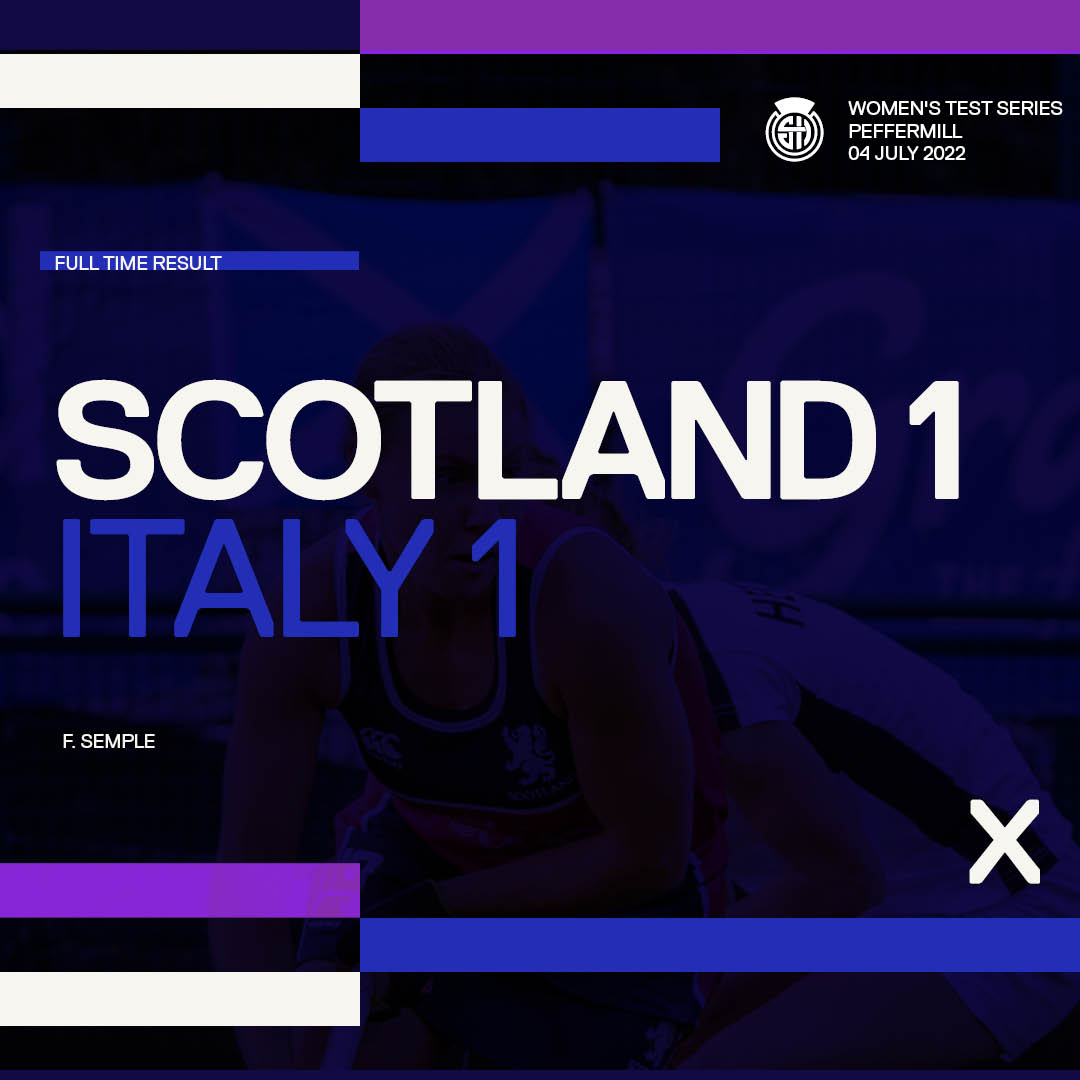