Scottish Cup Victory for Edinburgh University to secure the double

Edinburgh University won the Women’s Scottish Cup at the Glasgow National Hockey Centre with an excellent 3-0 victory over Dundee Wanderers.

Edinburgh University won the Scottish Cup in convincing fashion with a 3-0 win over Dundee Wanderers.

Ellie Hutcheson grabbed a brace while Ella Watt also found the net for the University side as they secured an emphatic league and cup double.

Dundee put up an admirable fight as they looked to win the competition for the first time in their history, but they were unable to keep up with a rampant Edinburgh side.

The champions opened the scoring just five minutes into the game, Hutcheson scoring her first of the afternoon.

They started to increasingly dominate the final as the first half wore on. Wanderers were affording them too much time on the ball and were themselves occasionally sloppy in possession.

Nevertheless Dundee Wanderers did pose a threat, with star player Charlotte Watson making a number of dangerous runs to help keep them alive on the counter-attack.

Edinburgh University were rewarded for their dominance though shortly before half-time, Hutcheson scoring again to give them a comfortably 2-0 lead heading into the interval.

Wanderers threatened through a penalty corner just after play resumed, and appeared to show some resilience as they fought to get back into the game.

But any hopes they had of a comeback were soon deflated as Watt scored the University side’s third goal of the afternoon, all but sealing the game and the cup for her side.

The league winners were comfortable for the rest of the game, and never really looked like relinquishing their lead.

They continued to push forward for a fourth, and looked well-organised at the back whenever Dundee posed a threat of their own.

Ultimately they saw out the game, and were able to demonstrate why they were crowned league champions. They will no doubt be the side to beat once next season kicks off.

After triumph at the Grand Finals Glasgow University added the Women’s Scottish Plate to their end of season success. It was a 4-0 victory to avenge last season’s defeat in the final and lift some silverware.

Glasgow University took an early lead when they tore forward at great pace and Imogen Bryce did well to get a shot away, which found its way through the goalkeeper and trickling over the line. 1-0.

It was an even contest with both sides playing some decent hockey. Glasgow University edged the play but Kelburne always looked a threat.

Glasgow University scored their second goal with seven minutes remaining; a slick break forward was finished off by Heather Croll for 2-0.

Kelburne were under lots of pressure as Glasgow University went hunting for a third before half time.

It was a good start to the second half with Glasgow University again looking positive in possession.

As the game reached a conclusion Glasgow University added a third with a well taken flick to make it 3-0.

Corrie Grant added a fourth right at the end to scoop the ball over the goalkeeper at the second attempt.

Orkney retained the District Cup in resounding fashion with a dominant 10-1 win over Ellon.

The defending champions took an early lead courtesy of Charlotte Bruce and looked impressive in the early stages.

But last year’s District Plate winners Ellon looked unwilling to go down without a fight initially, and struck back against the run of play, Jenni Urquhart making it 1-1 after some lax defending from the islanders.

The goal buoyed Orkney to hit back soon afterwards though. Playmaker Inga Kemp had provided the assist for the first goal, and was on-hand to help again as Bruce scored her second of the game.

And Bruce had three before long, Kemp this time assisting her from a penalty corner. Any hope for Ellon appeared to be fading with less than a quarter of the game having been played.

Hannah Cromarty and Claire Irvine soon got in on the act, making it 5-1 for the champions elect before half-time.

While Ellon managed to stem the tide for a while after the break, their resolve was soon smashed.

A familiar pairing were soon in-sync again, Kemp assisting Bruce for her fourth goal of the game to make it 6-1.

The rest of the game was mostly a one-sided attack from Orkney, who scored another four goals to make it 10-1.

Ellon had shown some resilience at points and gave their all until the end, but the Aberdeenshire side were ultimately unable to keep up with an on-fire Orkney side determined to show their quality on the grand stage.

It was a Women’s District Plate victory for Clydesdale Western 4s to open the action for the day; a 2-0 win sees the plate head to Titwood.

Clydesdale Western 4s opened the scoring from a penalty corner routine. Wendy Justice had the initial effort but the Accies weren’t able to clear the danger and Cath Sterling pounced to score.

Despite being a goal behind Glasgow Academicals were well in the game. It was a great contest with both sides playing good hockey.

The second half got off to a great start with both sides fully settled into the contest. Glasgow Academicals were attacking well in wide areas and Clydesdale Western 4s were a real threat at penalty corners.

A terrific move down the right Clydesdale Western 4s set up Stirling to finish well and bag her second of the contest. 2-0.

A late surge by Glasgow Academicals was well managed by Clydesdale Western 4s and they held on to lift the Plate at the Glasgow National Hockey Centre. 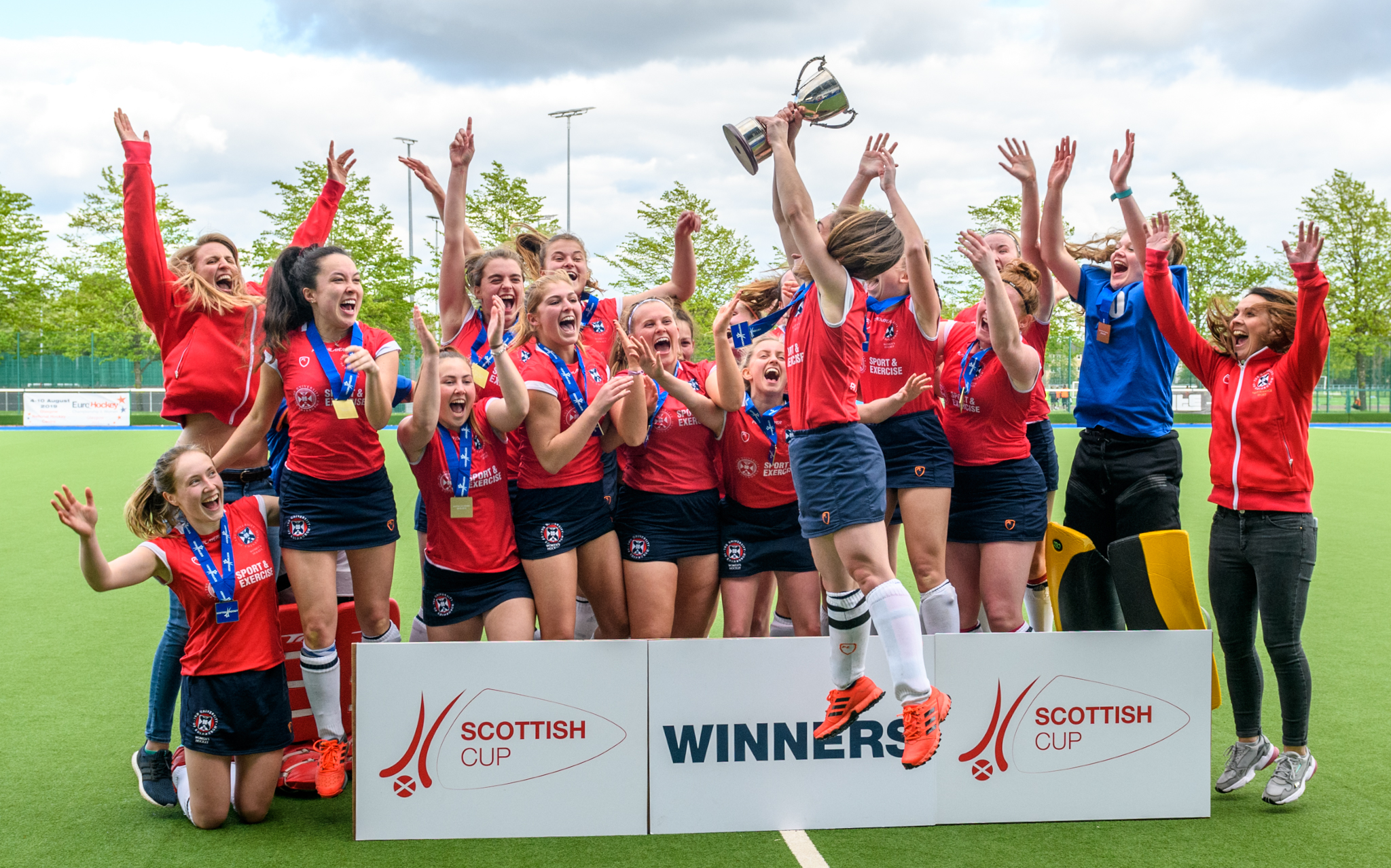