The first game of the season for the new Scottish Hockey Academy U17 girls team proved to be a battle to the end with a last minute goal by Zara Kennedy breaking the deadlock.

The Ulster team were quick on the break and the Scottish goalkeepers were kept busy throughout the game with both Jess Mitchell and Lucy Brown pulling off some fantastic saves.

Lots of connections were made in the final quarter enabling Scotland to play much higher up the pitch and increasing the pressure on Ulster, resulting in a last minute winning goal. 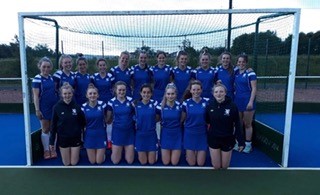