A golden duo, repeat winners and a few fresh faces are just some of the features from the list of winners at this year’s Scottish Hockey Awards.

Ten individuals were honoured as Player of the Year from various age groups at the 2019 awards ceremony held on November 30 at the Glasgow National Hockey Centre. Accolades were also handed out to the country’s top male and female officials, while the Senior Women’s squad secured the coveted title of Team of the Year.

Andy made his debut on the Scotland squad earlier this year, having been deemed eligible by virtue of his Scottish grandparents. The 27-year-old full back currently plays for Old Georgians HC in Addlestone, and has a wealth of experience in some of the top leagues abroad with stints in Belgium, Amsterdam and Australia.

Kaz skippered Scotland in the Women’s EuroHockey II Championship held earlier this year in Glasgow, a tournament which the host nation won to secure a place in the top flight of European competition. In addition to her success at national level, the 31-year-old led Wildcats ladies to victory in the Grand Final in April to qualify for Europe for the first time in the club’s history.

Umpires Martin Madden and Sarah Wilson were both repeat winners in the male and female categories of Official of the Year, which was judged by the International Appointments Panel. Both have been appointed to the Tokyo 2020 Olympic Games following appearances at the finals of the Gold Coast Commonwealth Games for Martin and the European Championships for Sarah.

It was double success for brothers Jamie and Cammy Golden, who were named Player of the Year for Scotland U18 Boys and Scotland U21 Men respectively.

A set piece expert with drag flicks and short corners, midfielder Jamie was a member of the GB U21s who defeated India 2-1 in Malaysia to successfully retain the Sultan of Johor Cup. Cammy, who is currently based in the Netherlands, has also played for Team GB and was a member of Scotland’s U21 gold medal EuroHockey Championship team.

Scotland’s Senior Women were named Team of the Year, as decided by a combination of public vote and expert panel. Fending off competition from Scotland U21 Women, Scotland U21 Men and the Scotland O45 Men’s squads, the Senior Women rode to victory on their successful return to the top division of European competition during their first full year under new head coach Jen Wilson.

Scottish Hockey chief executive David Sweetman said the decision on Team of the Year was a close call, reflecting the breadth of development at elite level.

“It was a great night at the Awards, and an excellent way to wrap up a season that has been successful on so many fronts for the national game,” David said.

“All of the squads nominated for Team of the Year were gold medal winners, and the individual accomplishments of every nominee for Player of the Year are equally impressive. Of course we congratulate all of the winners, but everyone involved should be proud of this year’s achievements.”

Women’s Masters Player of the Year

Men’s Masters Player of the Year

Official of the Year (Male)

Official of the Year (Female)

Scotland U16 Boys’ Player of the Year

Scotland U16 Girls’ Player of the Year

Scotland U18 Boys’ Player of the Year

Scotland U18 Girls’ Player of the Year

Scotland U21 Men’s Player of the Year

Scotland U21 Women’s Player of the Year

Team of the Year 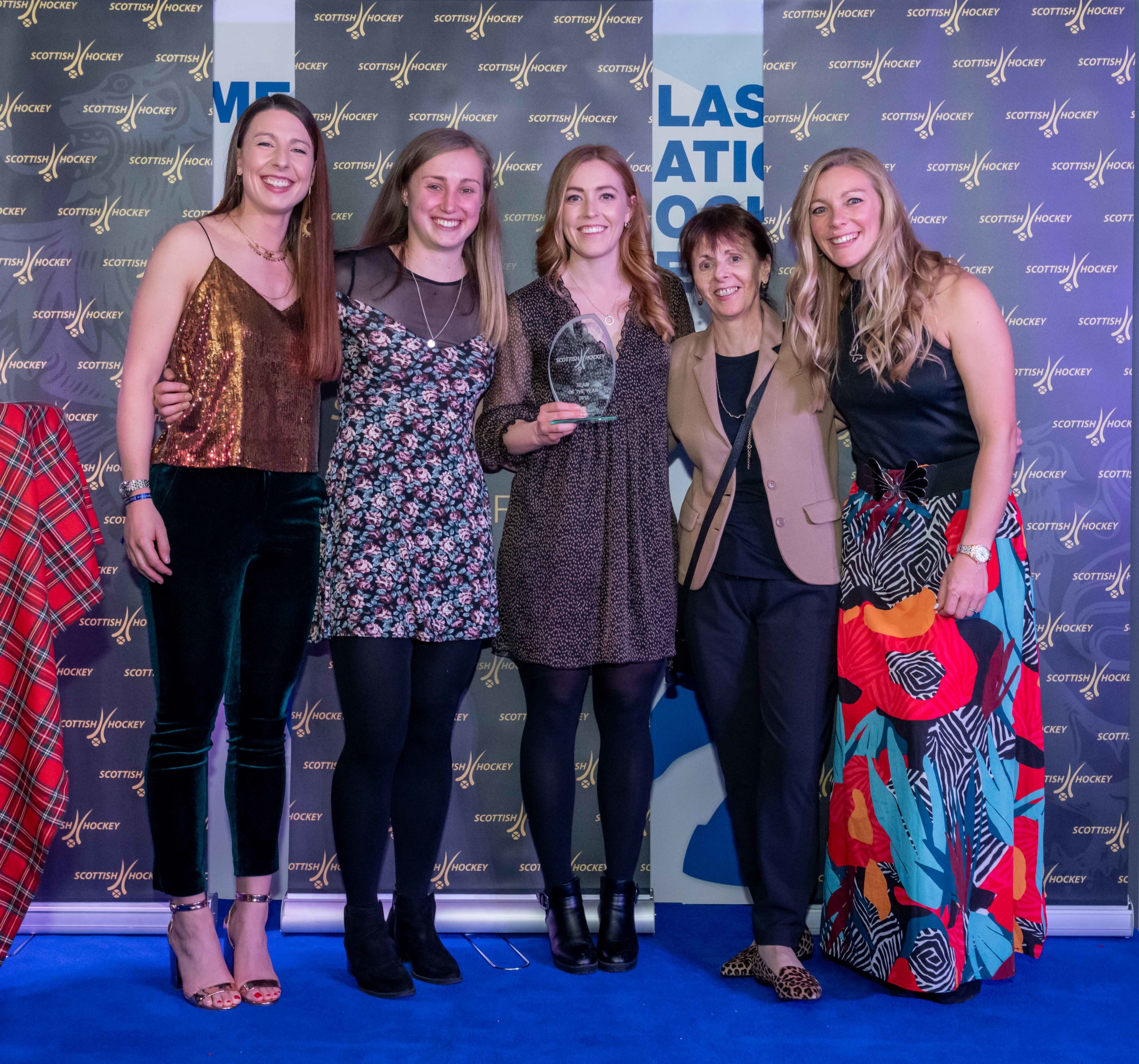