Scottish Thistles have won the Tilburg International Super Veterans tournament. This is the first time that a team from Scotland has won this tournament, a tremendous success for Scottish masters hockey.

After beating teams from Italy, Wales and Holland, Scottish Thistles met a German team in the final to win the cup with a 1 – 0 victory to the Scots.

With the European Masters Championships being held in Belgium in June 2019, most of the teams entering this tournament were using the competition as a preparation stage for the Europeans, so it was with added significance that a Scottish team should end up as victors. 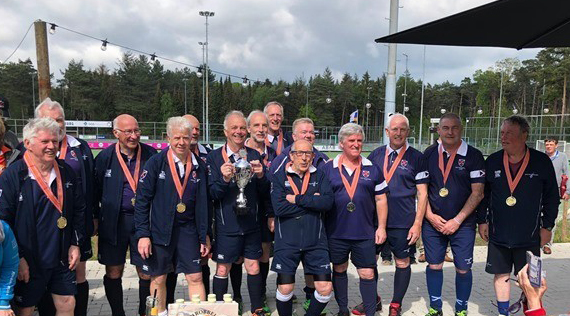 Hockey is proud to be a sport for life. Interested in getting involved in Masters’ hockey? Get in touch HERE