Series victory for Scotland women against Wales in Altrincham

Scotland women defeated Wales 2-0 in Altrincham through a Sarah Robertson double to give the Scots their second series victory in a week.

Like the previous game, Wales started fast again in this contest but Scotland controlled the threat much better from the outset, and took the sting out of the game.

The Scots created a couple of early chances, from a corner and from open play, but clean shots at goal evaded them in a tight opening quarter.

In the second quarter Scotland really began to threaten on the break; they used the ball well and the supporting runners caused lots of problems for the home side.

The opening goal soon arrived and it deservedly went to Scotland. A breakdown in the Welsh circle saw the ball find itself with Sarah Robertson near the baseline; Robertson fired the ball into the danger area and it struck a Welsh stick and crashed into the back of the net. 1-0.

Like in the previous contest Scotland really stepped things up in the second half and played with a quicker ball speed and tempo.

They were soon rewarded with a second goal. Scotland attacked down the right and a lovely three pass interchange saw the ball arrive with Sarah Robertson who capped off a fine team move with a ferocious backhand shot into the bottom corner for 2-0.

The chances kept coming for Scotland; Sarah Jamieson and Fiona Burnet were both denied by incredible saves to prevent a third goal.

As full time approached a delightful flowing move the length of the pitch saw Jen Eadie; Burnet and Jamieson link well but the Scots couldn’t find the finish the move deserved.

It ended 2-0 and gave Scotland back-to-back victories against Wales away from home, and another series victory.

Head Coach Chris Duncan said, “Today was a very controlled performance and we played very well as a team once again. Winning the series with two clean sheets is very pleasing and since last weekend we’ve played five games and won four of them, which shows how good a team we are. Winning is a habit and I’m pleased to see us put victories together as well as we have over these last two weekends.” 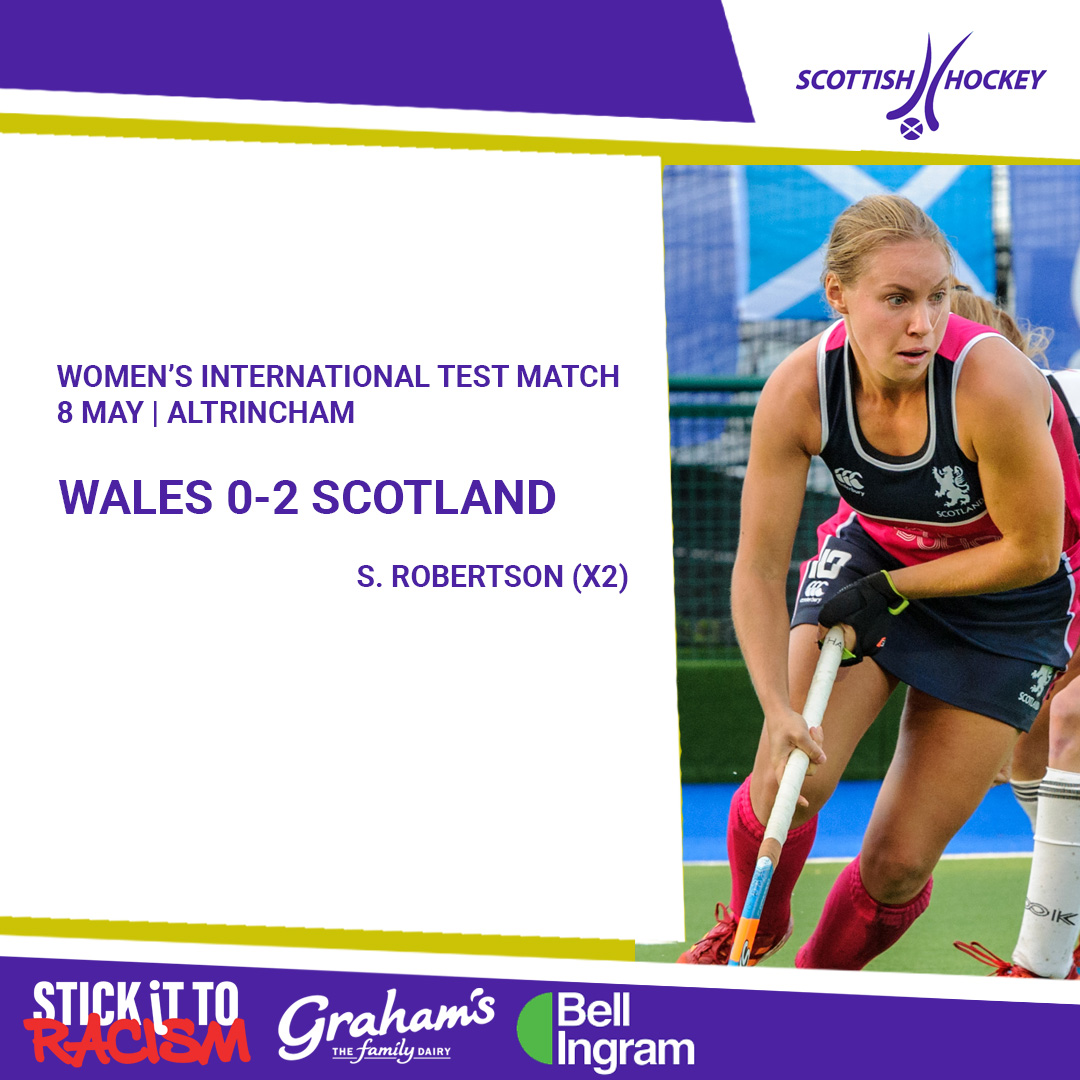