SH Premiership – Change at the top

GROVE MENZIESHILL AND WILDCATS TAKE OVER POLE POSITION IN THE PREMIERSHIP

While this year`s Premiership is only two weeks old Grove Menzieshill (men) and Western Wildcats (women) have the initiative, albeit by a single goal.

Grove Menzieshill were again in rampant form, this time they put Kelburne to the sword with a crushing 8-2 victory at Glasgow Green, this time the catalyst was a hat-trick from Keir Robb for his fifth strike of the season.

After Jamie Golden`s penalty corner flick cannoned off the bar Robb did find the net with a fierce reverse stick shot to put the `Hill one ahead.

The Taysiders quickly doubled their tally with a spot conversion by captain Albert Rowling.   With Kelburne reduced to ten players – Johnny Christie was in the sin bin with a yellow card – Luke Cranney took advantage to add the third for the Dundonians.

Finn Halliday pulled one back for the Paisley outfit but any comeback proved illusory with a fourth following a counter-attack at pace finished off by Robb. for 4-1 at the interval.

Jamie Golden made it 5-1 at a penalty corner, Christie found himself in plenty of space and finished to bring the tally back to 5-2, but a solo effort from Cranney restored Grove Menzieshill`s four goal advantage.

In the final quarter Golden added a seventh from another penalty corner powerful flick, then in the final seconds Robb notched his own third with a low shot after he was given the freedom of the circle.

Grange were also comfortable winners at Watsonians with a 5-1 victory at Peffermill.

It took the champions just before the interval to demonstrate their superiority with a penalty corner conversion from Austrian Clemens Rufjnak.

But the Edinburgh piled on the goals in the second half, Robbie Shepherdson doubled their tally with a shot that went into the net off a defender.

Then there were two clever deflections at penalty corners from Alan Johnston and player/coach Callum Milne to advance the tally to 4-0.    Johnston then claimed his second of the contest, this time from open play, for a 5-0 lead.

Danny Cain notched a consolation for the home side in the closing minutes with a reverse stick shot from the top of the circle.

Western Wildcats roared back into contention with a seven goal win against Hillhead at Auchenhowie.

The `Cats purred into a four goal lead at the interval through Rob Harwood, Niall Sommerville, Fraser Moran and Andrew McConnell.

After a goalless third quarter Wildcats put their paws on the accelerator with further strikes from McConnell (2) for his hat-trick and Moran again.

Interestingly, all the `Cats goals came from open play.

Hat-tricks from Struan Walker and Andrew Allan was the foundation of Clydesdale`s 7-0 win over newly promoted Dundee Wanderers, the other goal came from Alistair Douglas.

Edinburgh University bounced back with a powerful 5-1 win at Uddingston.

The students had a three-goal advantage at the interval, both Peter McKnight and Ian Moodie found the net following a penalty corner rebound.   McKnight scored his own second of the match, this time from open play.

Although the home side pulled one back through Blake Hinton, the students were not discouraged, Robbie Croll converted a set piece with a fierce drag flick, then in a flowing counter-attack move Costa Stylianou finished off with a tap in at the back post.

A hat-trick by Lucy Findlay was the catalyst in Wildcats six goal win against Glasgow University at Auchenhowie in the women`s competition, a result that pushed them to the top on goal difference

The opener originated from a rampaging run by Kaz Cuthbert which ended when Ava Smith guided the ball over the line.   Wildcats continued to dominate proceedings and Findlay confirmed their superiority with a brace of tap ins at the back post for a 3-0 half-time lead.

A great through ball from Megan Cox set up Findlay for her hat-trick.  Unselfish play from Alex Stuart set up Cox to add a fifth.  The scoring was completed with a power shot from the top of the circle by Becky Ward.

But man-of-the-match was designed as Lucy Findlay.

Clydesdale also preserved their perfect record with a similar 6-0 score line against Merlins Gordonians in Aberdeen.  There were two goals each for Lexi Sabatelli and Heather Lang with Laura Mann and Naomi Harkness adding the others.

Dundee Wanderers overcame the banana skin visit to Watsonians and came away with a slender 1-0 victory.   After a goalless first half, four minutes into the second veteran Vikki Bunce broke the deadlock, a goal that proved to be the winner.

Watsonians had the better of the second half, they struck the bar and the post and put a couple of other chances on the wrong side of the post, but no equaliser… and it was the Taysiders who left with the three points.

Grove also finished the day on six points with a 3-1 win at GHK.   The home side were ahead at the interval through a penalty corner conversion by Katie Allison.

But any suggestion of an upset was quashed in the second half, Grove`s Sam Sangster scored twice while Ciara Forgie netted her first goal at this level. 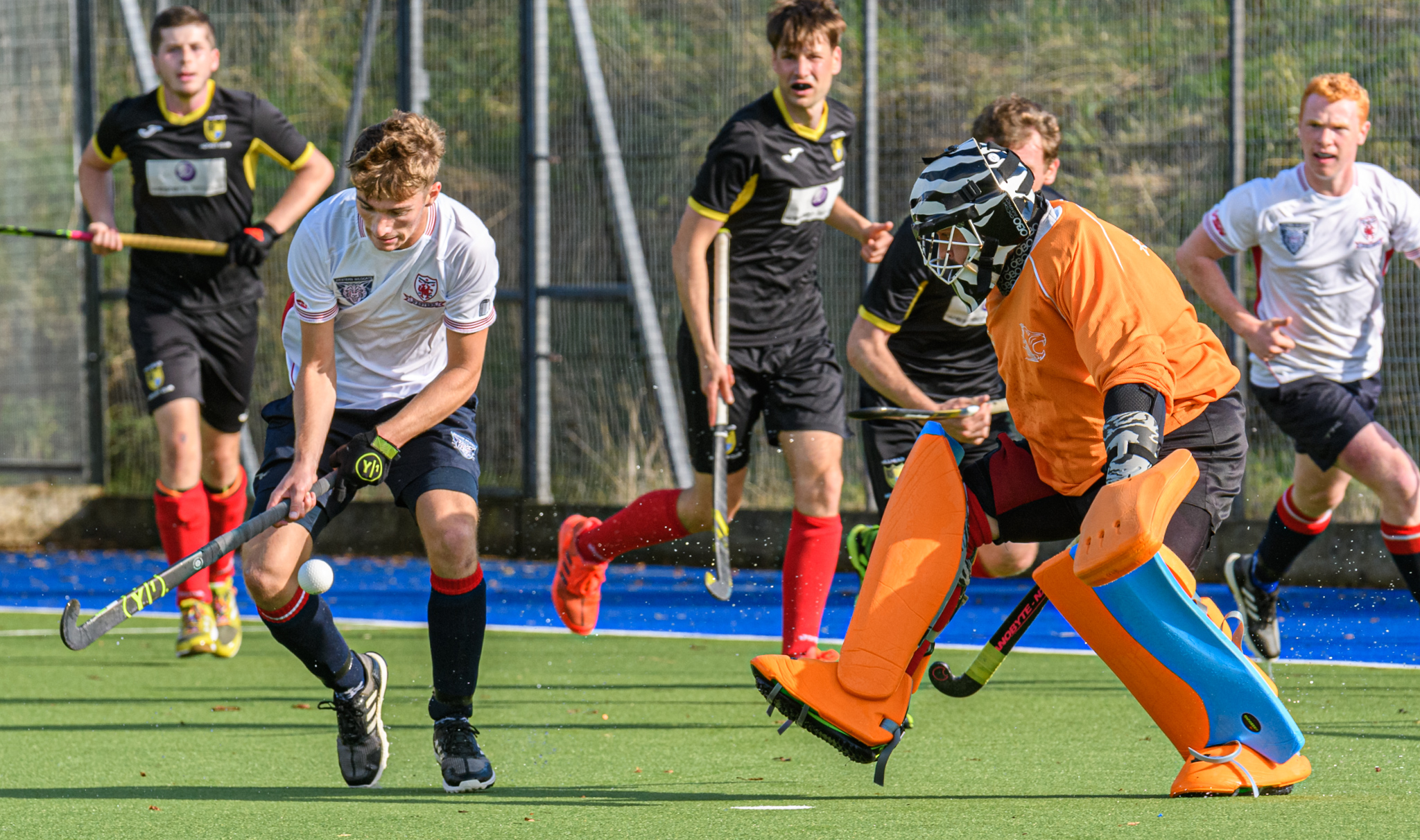