The squads have been announced for Super Series 2019 to be held at the Glasgow National Hockey Centre on Friday 29 November; Saturday 30 November; and Sunday 1 December.

Edinburgh Lightning; Glasgow Thunder and Dundee Devils will compete over the weekend in the exciting best-v-best tournament with Scotland’s top players taking to the pitch.

The teams are based roughly on geographical allegiances, with flexibility built in to ensure the best players are playing, and the players are all nominated by club coaches and a selection panel.

Some squads have more than 18 players listed, this is because some players can only play on one of the days due to playing in leagues out with Scotland that are still active.

The series has been designed to bridge the gap between club and international hockey with Scotland’s best hockey players staking a claim for a place in the Scotland setup. 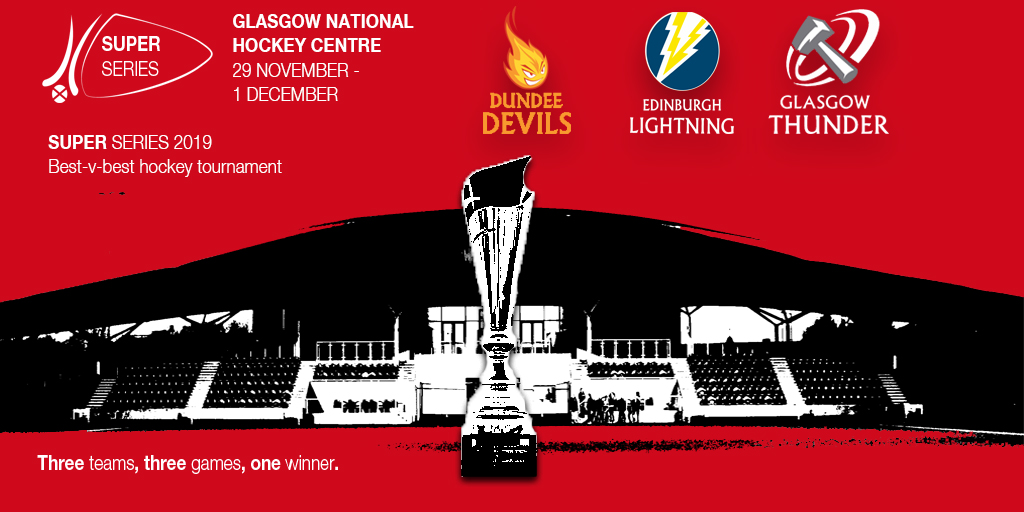