Stick it to racism

Home » News » Stick it to racism

This statement is written by the Great Britain Women’s and Men’s hockey squads ahead of our FIH Hockey Pro League matches on 27th and 29th October vs Holland and 31st October and 1st November vs Belgium.

Both Great Britain hockey squads do not condone any form of discrimination, inside and outside of our sport. We feel strongly that nobody should be discriminated against because of race, gender, ethnicity, sexuality, disability, age or for any other reason.

For our upcoming Pro League games, we will be outwardly showing our support to ‘Stick It To Racism’. There is no place for racism in our sport or in society. Moving forwards we commit to continuing and furthering our learning, both individually and collectively, and supporting the governing bodies with their ongoing inclusion and diversity work. Hockey is a sport where everyone should feel like they are valued and belong.

One of the women’s squad’s values is ‘We Are One,’ and the men’s squad’s values are underpinned by the concept of ‘Uniting.’ We therefore stand together, and alongside our national governing bodies, the ‘Hockey Family’ and wider society to fight against all forms of discrimination.

Be The Difference. Create History. Inspire The Future.

All four governing bodies across Great Britain have added their support to Stick It To Racism – Great Britain Hockey; England Hockey, Scottish Hockey and Hockey Wales.
The Stick It To Racism logo was created by the Dutch designer Gyor Moore [@gyormoore on Instagram]  [gyormoore.com], whose studio is focused on creating equality for all races, genders and sexualities on the playing field and everywhere else. 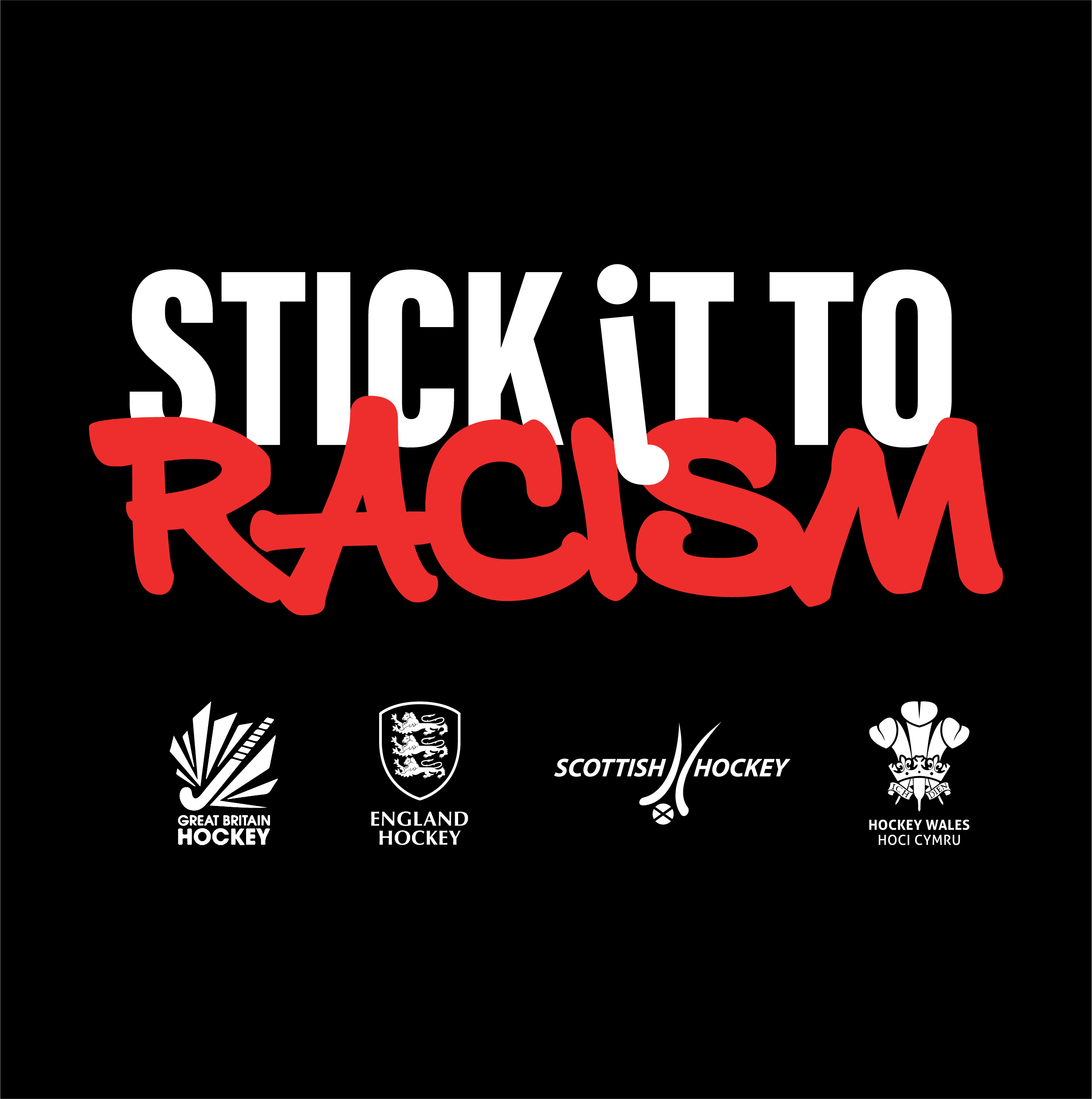