Strathallan and Perthshire are U18 Indoor champions

Home » News » Strathallan and Perthshire are U18 Indoor champions

This season’s U18 Indoor Cup Finals at Bells Sports Centre in Perth produced some thrilling matches and two memorable finals. It was a double success for Midland District with Strathallan retaining the Girls Cup, and Perthshire coming out on top in the Boys’ event.

U18 Girls Indoor Cup
The six girls’ teams who had qualified from their District tournaments met on Saturday, 11 January. Strathallan won Pool A with two good wins against Robert Gordon’s College (5-1) and Hutchesons’ Grammar School (6-1). The girls from the Granite City then edged out their Glaswegian opponents for 2nd place on goal difference after a 3-3 draw with a second-half hatrick from Eilidh Seedhouse.

In Pool B, Perthshire finished top after two good wins against George Watson’s College (4-3) and Galashiels Academy (6-4), including four goals from captain Iona Fleming. Watson’s sealed the runners-up spot with a 4-2 win against the borderers. The action then paused for the girls to watch Scotland’s men grab a last-second equaliser in their superb 5-5 draw with Canada.

Robert Gordon’s got off to a flier in the final, leading 3-1 after 10 minutes before Strathallan came roaring back with two goals from captain Lisa Biermann. Steph Craig then scored two late goals for Strathallan to seal a 5-3 victory. It was hard luck on a talented Robert Gordon’s team, but a well-earned success for Audrey Sime’s Perthshire team.

U18 Boys Indoor Cup
The boys’ competition on Sunday 12 January was equally competitive. Watsonians won Pool A after a hard-fought 2-1 win against Grove Menzieshill and a 2-2 draw with Western Wildcats. Conall Milligan and Euan Burgess scored in both matches for the maroons. The Dundonians grabbed 2nd spot after a 4-2 win against Western Wildcats, including a Keir Robb double.

In an exciting semi-final, Stewart’s Melville were 3-1 down at half time in the Edinburgh derby against Watsonians before coming back to win 4-3. And Perthshire continued their impressive form to beat Grove Menzieshill 8-1, including four from Alex Wilson.

The final was a high-quality match, with Ollie Wilson’s double helping Perthshire to a 3-1 half-time lead. Callum Grant’s 21st minute goal for SMC made it an exciting finish, but Perthshire held on to win 3-2 and claim the trophy. The Perth boys have achieved the ‘double’ after winning the U18 Boys outdoor cup in November.

Thank you to all the players, coaches, umpires, technical officials and supporters who made it such a great weekend of youth hockey. 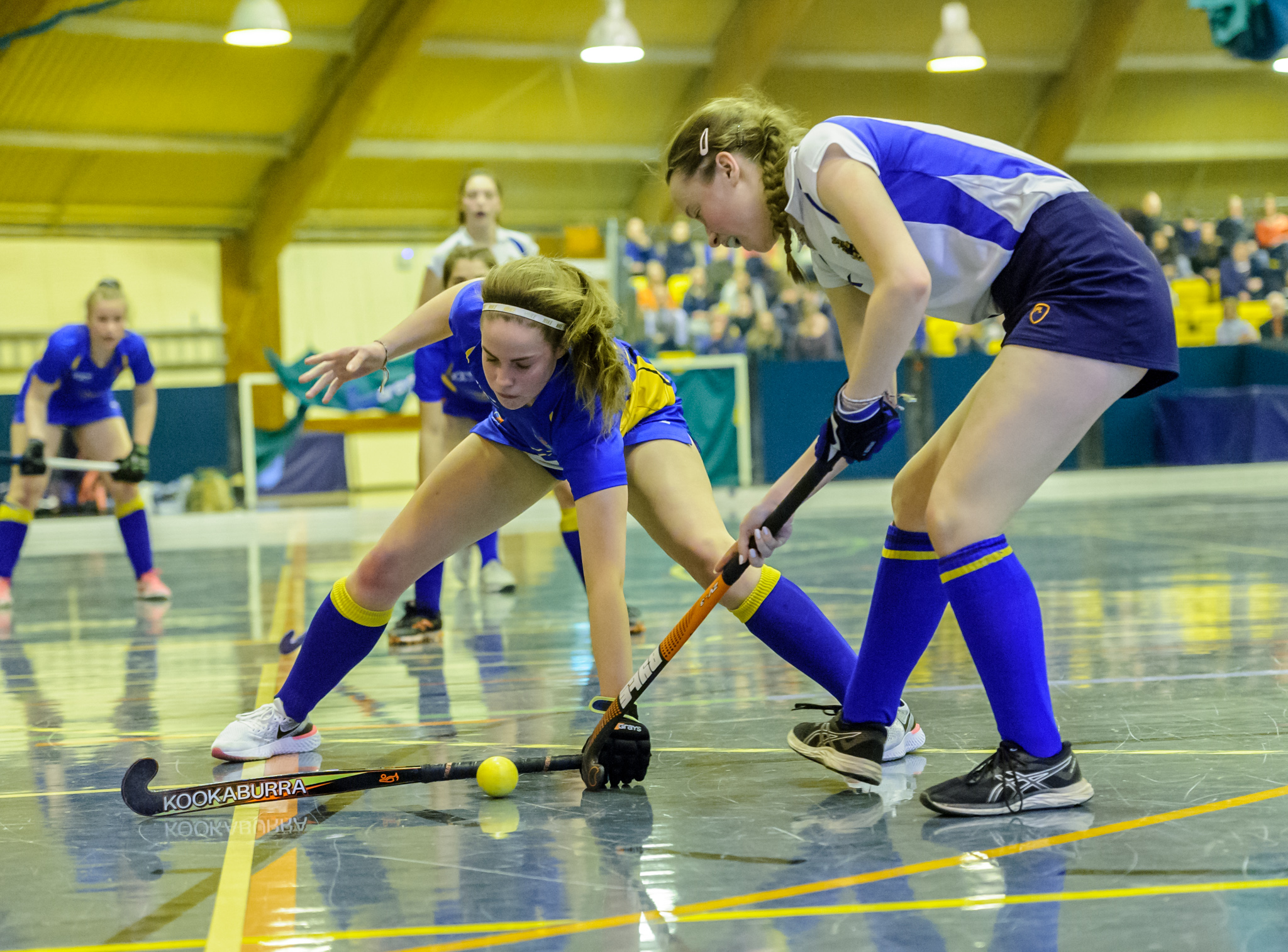