Thrills and Skills at U14 Eights Cup Finals

Home » News » Thrills and Skills at U14 Eights Cup Finals

This season’s U14 competitions reached a thrilling conclusion at Peffermill on Saturday 11 June with the national ‘Eights’ finals. Teams from clubs from across the country had earned their places at finals day from their District’s 8-a-side qualifying competitions.

The Boys’ matches in the morning produced two clear-cut Pool winners, Cala EHC and ESM. In Pool A, Cala beat Dundee Wanderers 3-0 and Hillhead 4-1 before a hard-fought 1-0 win v Watsonians.  ‘Sonians earned a semi-final place as runners-up after a 4-0 win against Hillhead and a 1-1 draw with Dundee Wanderers. The Dundonians’ 0-0 draw with their Glaswegian opponents gave them 3rd place.

In Pool B, ESM won all their matches, 4-2 v Perthshire; 2-1 v Kelburne; and 4-1 v Granite City Wanderers.  Runners-up were Kelburne, who beat Granite City 4-1 and Perthshire 3-1. The Aberdonians finished 3rd with a great 4-2 win v Perthshire.

The semi-finals produced two cracking games, starting with Cala’s 2-0 win v Kelburne. Fergus Roberts and Chris Catto scored the all-important goals for the Edinburgh boys. Watsonians earned their place in the final with a 1-0 win v ESM thanks to a late winner from Jack Cameron.

The final was another thrilling game for the big crowd to enjoy. Cala’s Cody Adams scored two early goals, but the maroons replied through Andrew Russell. Cala looked like they’d sealed it when Adams completed his hattrick, but Watsonians refused to give in. Matthew Leiper scored with two minutes left, and the team missed a last-minute running penalty, allowing Cala to celebrate their win. In the 3rd place play-off, ESM beat Kelburne 2-1 to make it an East 1-2-3.

It had been a superb competition and all the teams deserve huge credit for the high standard of hockey on show. 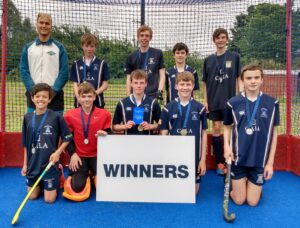 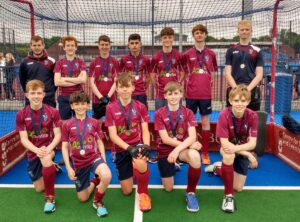 The action continued with the Girls’ competition in the afternoon, which matched the Boys for excitement. They used the same format of two pools of four teams and play-offs/finals.

Grange had to work hard after a 0-0 draw with Kelburne, but beat Kinross 3-1 and Gordonians 3-0 to top the pool. Kelburne’s wins over Gordonians (3-0) and Kinross (2-1) gave them runners-up spot. Gordonians’ 1-0 win over Kinross gave them 3rd place in the Pool.

In the semi-finals, Watsonians beat Kelburne 4-0, with goals from Amy Jenkinson (2), Jenna Park and Katie Reid. Grange were 2-0 winners against Wildcats to set up an all-Edinburgh final. Meanwhile, Dundee Wanderers matched their boys in being 5th with a 1-0 win v Gordonians; and Kinross beat Granite City on penalties to finish 7th.

In the final, Grange started very strongly, scoring early and never let their opponents settle. Two further goals gave them a well-earned victory and the trophy. Jennifer Cain (2) and Alexa Forbes were the scorers. Watsonians battled hard but ended up matching their boys’ runners-up place.

Both finalists received their medals from Hamish the Hockey Hippo who made a guest appearance as part of his tour around the country ahead of this summer’s Commonwealth Games.

All of the teams should be proud of their efforts over the day.  At the end the girls headed off in three directions: 1. To Glasgow to watch Harry Styles(!); 2. Over to Pitch 1 to watch the Scotland Women play EDP; or 3. To their club’s annual dinners.  Hamish was last seen in a car on the M8(!)

Thank you to all the coaches who have worked so hard with their squads all season, and to all the umpires who were excellent all day. 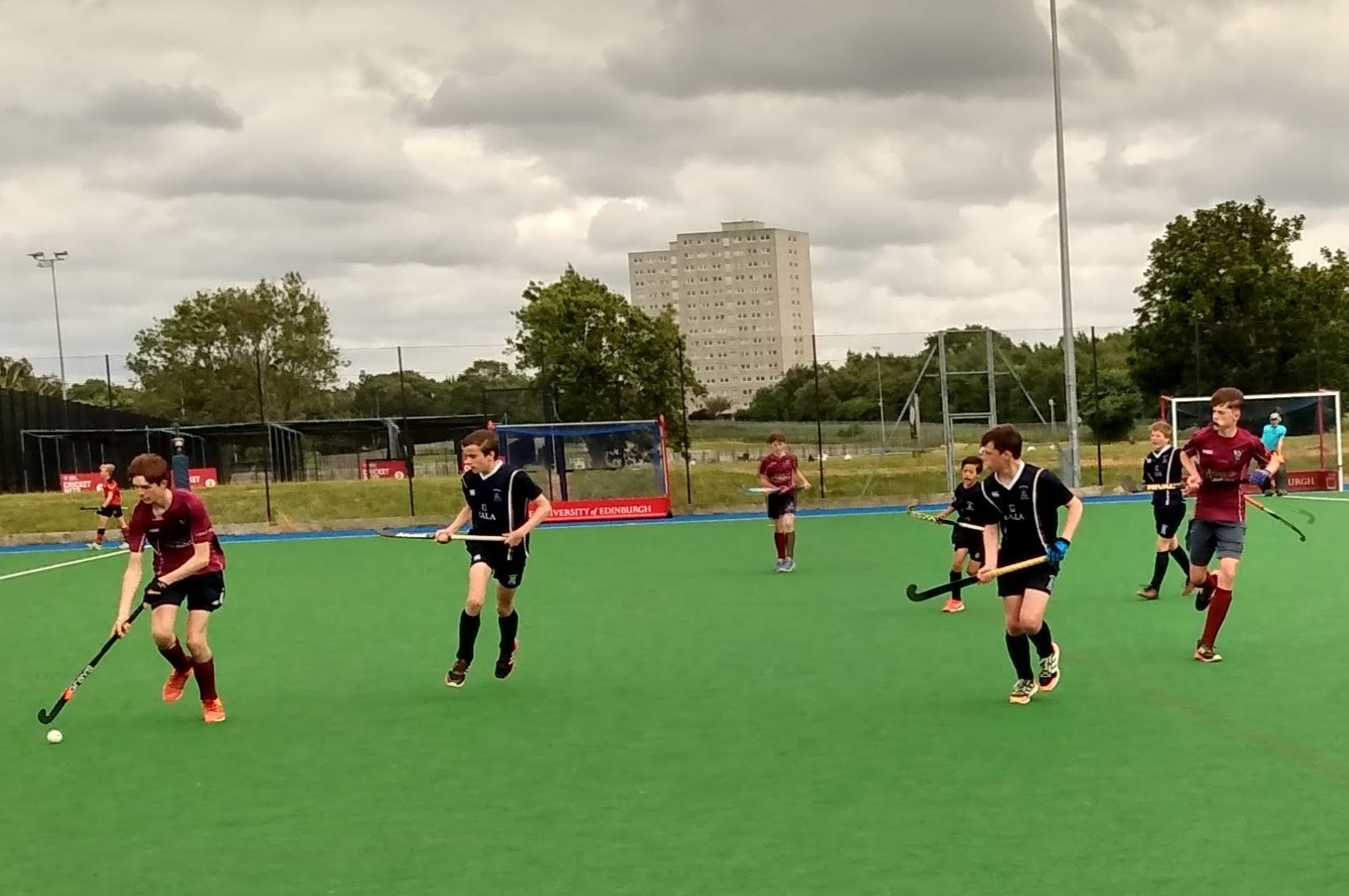