Thunder fight back in Academy Series

Glasgow Thunder fought back in both Academy series matches as the boys’ won a dramatic shootout and the girls’ won 2-1 against Edinburgh Lightning.

It was the opening night of the Academy Series as some of Scotland’s best young players took to the pitch in a three-day tournament in front of the Scotland programme coaches.

The boys’ contest was goal-laden from the outset; Edinburgh Lightning took the lead after eight minutes with a lovely strike for 1-0. Jake Inglis was the scorer when he finished well with a hard drag flick to open the scoring.

The opening quarter was a good one for Lightning and they gelled well quickly in the early stages, playing some nice composed hockey.

12 minutes into the second quarter Edinburgh Lightning went 2-0 ahead. The goal came from another penalty corner, this time Jamie Croll found the net with another well finished low flick.

Lightning enjoyed their 2-0 lead into the second half and then went 3-0 ahead in the third quarter. Keir Robb found the net from a penalty stroke, picking out a corner with composure.

The final quarter was the thing of miracles. Five minutes into the fourth quarter it went 3-1 when Euan Burgess found the net to pull Thunder into the match.

The Thunder fightback was on and with two minutes remaining it went to 3-2 when Charlie Jack struck to setup a grandstand finish. With just a minute on the clock it was Jack who equalised for Thunder to take it to penalties in a dramatic end of the contest.

Some top goalkeeping saw Thunder win 3-0 in the shootout to take the first points in the boys’ Academy Series.

There was another Thunder comeback in the girls’ contest when Glasgow Thunder won 2-1 against Edinburgh Lightning.

Edinburgh Lightning got off to a good start and played some slick hockey in the early stages.

Their early presence was rewarded when they went 1-0 up through a Faith Joubert strike; a lead which they took into half time.

The second half saw a Thunder resurgence and they battled their way into the contest to the delight of the crowd.

Anna Hoolaghan was on target to level the scores when she fired home from the top of the D to equalise.

The Thunder aggression grew towards the end of the contest and it paid off when Lucy Anderson struck the winner. Anderson, playing high in the forward line, deflected the ball into the net to scoop the vital points for Thunder in a very close contest.

It finished 2-1 to Thunder to round off a great opening match in the girls’ Academy Series.

Both Thunder sides don’t play again until Sunday, so Saturday is all to play for – the series isn’t over yet! 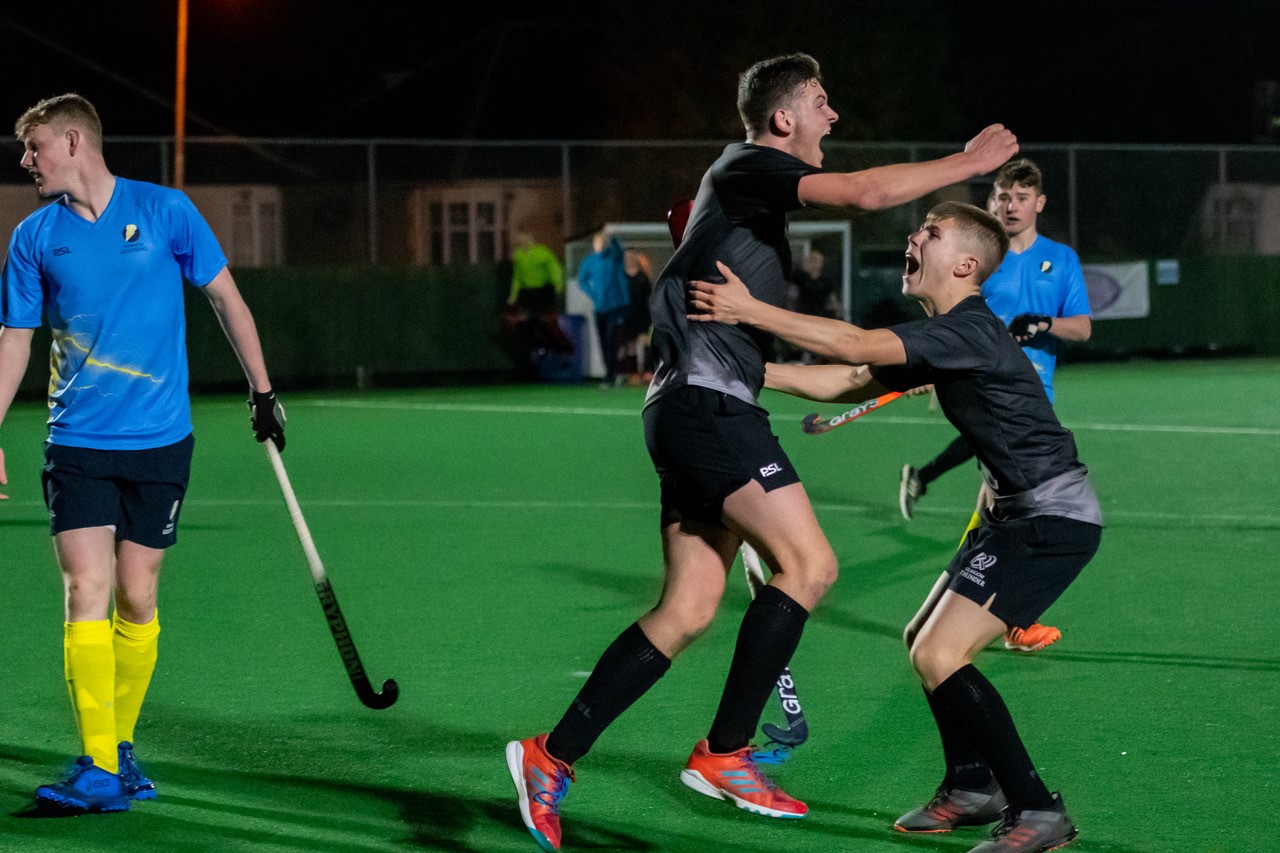