Western Wildcats find themselves in a relegation battle after losing both of day two`s games against Cardiff Met (Wales) and Rakovnik (Czech Republic) at the EuroHockey Indoor Club Challenge 1 in Varna.

Needing a draw to clinch a place in the promotion pool Wildcats missed out on goal difference after going down 5-3 to Cardiff.

Wildcats now meet Bulgarian side Slavia tomorrow to try and avoid the drop.

On the domestic front Grange now have a five point lead in the Premiership after a 4-0 win over Hillhead at Fettes.

Western Wildcats needed a draw against Cardiff in the final pool match to progress to the promotion group, but instead went down 5-3 to drop to third and the relegation contest.

Both teams finished the pool competition on seven points but the Welsh side progressed on a difference of two goals.

After a goalless first quarter the stuffing was knocked out of the Wildcats when Cardiff scored three times in as many minutes. Ellis Robson opened with a shot that barely crossed the goal line, Leuan Davies added another from a penalty corner, followed by a third by Jack Rhodes.

A comeback looked on the cards when Hamish Galt sent a penalty corner into the roof of the net for 3-1.

Wildcats were now on the prowl for the equaliser, a Fraser Moran penalty corner effort went just wide, then they were awarded a penalty only for it to be cancelled out after the umpires conferred.

Wildcats had several chances at the start of the final quarter, but then Galt struck again. He took a quick free hit himself, waltzed into the circle and fired the ball past the keeper.

The promotion spot looked on the cards when Galt fired a low flick into the net at another penalty corner for the equaliser with four minutes left.

The wheels then came off, Nikki Homfray got a yellow card and Jack Valentine made it 4-3 from the spot.   Wildcats` fate was finally sealed with a penalty corner conversion by Luke Hawker for 5-3.

For the third time in the tournament Western Wildcats found themselves a goal down with an opening strike by David Kopriva.

A mistake by the Czech keeper in the second quarter donated Wildcats an equaliser, Fraser Moran was left with the simple task of stroking the ball into the open goal – and that is how it stood at the interval.

The crunch came midway through the third quarter with quick-fire strikes by Stepan Klaban and Tomas Jahoda to give the Czechs a telling 3-1 lead.

The crux came a minute into the final quarter, Fabian Goldie was sent to the sin bin and at the resulting penalty corner Johoda made it 4-1.

With three minutes left Hamish Galt reduced the deficit from the spot but there was no way back for Wildcats.

On the domestic front Grange defied the elements at Fettes to open up a five point lead at the top of the Premiership with a four goal win over Hillhead.

There was drama at both ends in the second quarter, firstly Aussie Josh McRae put Grange ahead, then at the other end keeper Dave Forrester saved Hillhead`s effort from the spot.   Grange celebrated with a second goal from Dan Coultas at a penalty corner.

The third quarter was goalless, but in the final quarter Alan Johnston sealed the three points after good build-up work from James Nairn.

The fourth came from a rebound, the initial shot emanated from Duncan Riddell and McRae was on hand to slot home the loose ball for his second of the game. 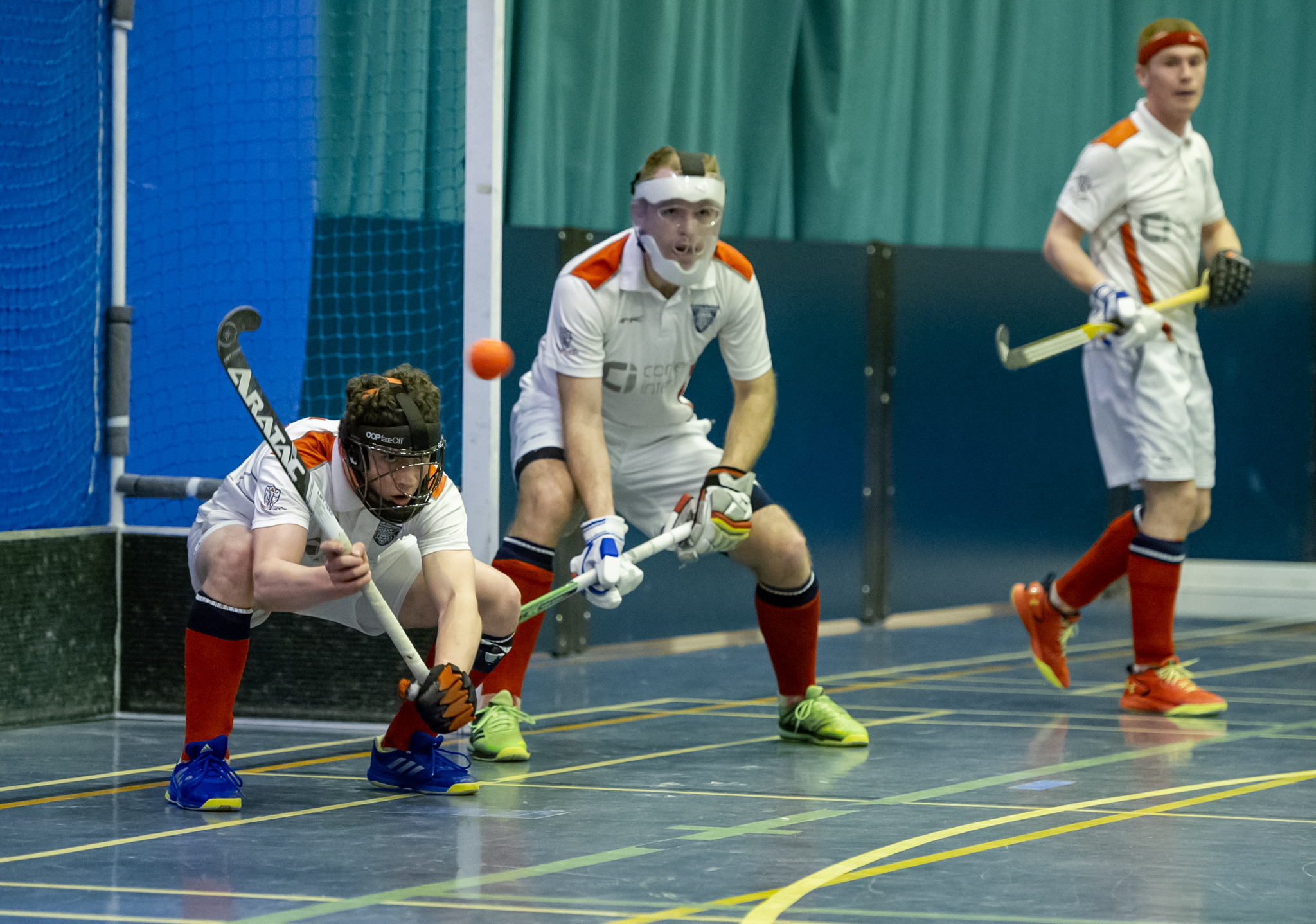