Our Summer Festival season continued with a successful Under 14 Mixed event on Sunday 8 May. The beautiful grounds of Strathallan School provided the backdrop for a celebration of youth hockey.

15 teams from as far apart as Aberdeen and the Borders congregated in the Perthshire countryside, with all teams playing four 20-minute matches. The players enjoyed playing matches against clubs they don’t meet in their local U14 competitions.

The matches followed Scottish Hockey’s ‘Eights’ format, which is now used for all 8-a-side, half-pitch matches at this age group.  Clubs fielded development mixed teams, with girls and boys who have been selected for the upcoming U14 Inter-District Tournament precluded from playing.

A large crowd of parents cheered on the young players and enjoyed a picnic in the sunshine.  Thank you to everyone who coached, umpired or supported the teams on the day.

Everyone went home happy with a ‘Hamish the Hockey Hippo’ keyring handed out by Ellie Stott, Scottish internationalist, who also umpired many of the matches.

The next national Festivals are the U16 Girls at Glenalmond on 28 May, before we return to Strathallan on 29 May for the U16 Boys’ event. 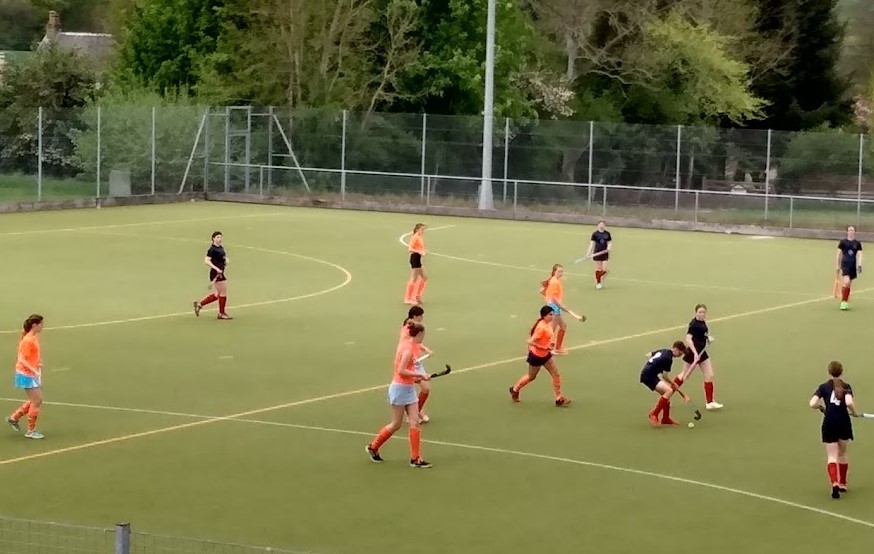