Glasgow Thunder was crowned champions of both the Boys’ and Girls’ Academy Series tournaments. The girls’ match ended 3-3, giving Thunder the point they needed to win the series, with Devils winning the shootout 3-2. Then in the boys’ contest Thunder held off a late fightback to win 3-2 against the Devils.

Glasgow Thunder produced a monumental comeback to draw with Dundee Devils, giving them a point that made them the winners of the first ever Girls’ Academy Series. Dundee Devils won the resulting shootout in a match that was filled with drama.

It was a very exciting game from the outset and it was the Devils who edged the play early doors.

Jennifer Tait opened the scoring for Dundee Devils when their defensive press allowed them to break forward, with Tait providing the finish for 1-0.

The Devils doubled their advantage in a goal similar to their opener. They won the ball in their own half and broke down the right, the ball was played across the D for Lucy Smith to make it 2-0, which was how it remained at half time.

Devils still led by two at the end of the third quarter and they needed to win by five to be crowned champions, while Thunder needed to draw to win the series.

The final quarter was packed with drama and goals. Thunder battled back in incredible fashion and pulled the score back to 2-2, before scoring a third all within a minute. The goals were all from clinical breakaways with Ellie Mackenzie grabbing two and Ava Smith bagging the other in a magical minute for Thunder.

In the last minute of the match the Devils equalised through Joanna Johnston to make it 3-3, which was how it finished, meaning Glasgow Thunder won the series on four points.

The Devils won the running penalties 3-2 for the bonus point and rounded off a great weekend in the Girls’ Academy Series.

Glasgow Thunder beat Dundee Devils 3-2 in a goal-laden contest to win the Boys’ Academy Series on the final day of play.

Ten minutes into the contest and Glasgow Thunder took the lead. Stephen Mackenzie injected a short corner, it was slipped left to Charlie Jack and he zipped it back to Mackenzie to glance into the net. 1-0

A few minutes later and Thunder doubled their advantage. Jude Boslem picked up the ball half way in the Devils’ half and surged forward, he finished it low and hard on the reverse for a fine second goal for Thunder. 2-0.

Nine minutes into the third quarter and Thunder went 3-0 ahead. The ball bobbled around the D following some good goalkeeping to close down the Thunder attack, then Louis Gardiner attacked the ball and forced it home for the goal.

The Devils staged a fightback in the final quarter, they pulled it back to 3-1 five minutes into the quarter. Livio Belotti found the net with a nice penalty corner finish as the Devils began to battle back into the match.

Then they made it 3-2 with seven minutes remaining. Iain McFadden struck to make for a nervy end to the contest as the Devils went on the hunt for an equaliser.

Thunder held on to claim the victory and be crowned champions of the first ever Boys’ Academy Series. 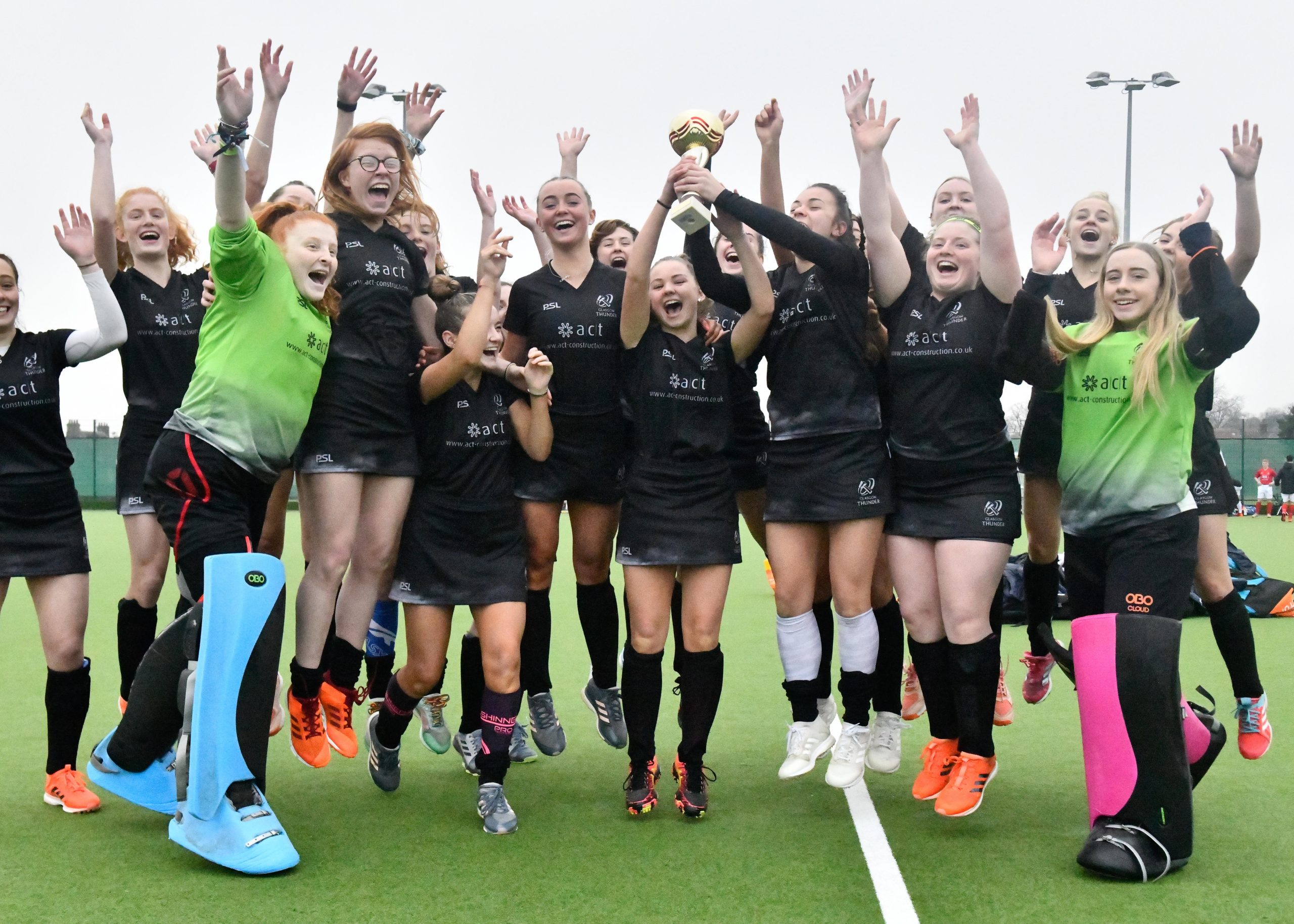