Victory for Scotland against Ireland at U19 GB&I 4-Nations

The U19 GB&I 4-Nations came to a conclusion in Ireland with a won for Scotland boys, and a shootout victory for the girls. The win for the boys means they are the 4-Nations champions after three weekends of great displays.

Scotland`s under-19 boys peaked at exactly the right time to take pole position in the Great Britain & Ireland 4-Nations tournament with a 2-0 win over Ireland in Belfast. The Scots youngsters started the day a point adrift of the Irish who also had a better goal difference, so only a victory would do – that achieved they finished on top by the margin of a couple of points.

The Irish came out of the blocks in the first quarter the busier side but the Scots managed to weather the storm, and were dangerous on occasions on the counter-attack.

The visitors managed the second quarter better and started to create some good chances. The best fell to Inverleith`s Charlie Jack whose fierce reverse stick effort flew off the Irish keeper`s shoulder without the latter knowing much about the passage of events.

The Scots confirmed their ascendancy after the interval by deservedly taking the lead. Wildcats` Adam Mackenzie was both creator and executioner – he moved down the left base-line and passed the ball on to Grange`s Matthew Hughson, his shot was blocked but Mackenzie was on hand to bury the rebound.

The Scots then created further good opportunities but were thwarted by some very good saves by the Irish keeper, both from open play and penalty corners. But he could do nothing to prevent Scotland`s second, it came originally from a long corner, the ball fell to Edinburgh University`s Keir Robb who rounded the keeper and found the net with a shot off the back foot.

The Scots were able to see out the rest of the game and take the title.

After the game, a delighted Andrew Brogdon remarked: “It`s been a hard last 18 months with two EuroHockey tournaments cancelled, also we have had to resort to a lot of virtual training sessions until recently, but the boys have responded very well to put in such a brilliant performance today.

It was a very cagey opening quarter with neither side able to take hold of the game. Some excellent goalkeeping by Maddie Boyes, on her debut weekend, denied Ireland an early goal from a penalty corner opportunity.

Itske Hooftman threatened for Scotland with a diving shot but the danger was cleared.

As the quarter reached a conclusion another corner opportunity presented itself to Ireland, and it was very nearly converted by a near post deflection that went just wide of the mark.

The second quarter played out much like the first with both teams battling hard but not fashioning any real opportunities for goals.

With two minutes of the half left to play Scotland finally earned a corner of their own but found the Irish defence resolute in its defending.

In the second half Ireland jumped on an error in the Scottish circle and were denied by an excellent save. It did however lead to a corner, which again was booted clear by the Scots keeper.

As the third quarter reached a close Scotland looked dangerous on a swift counter attack through Ellie Stott but the Irish keeper dealt with the danger well, and the ball was cleared.

The fourth quarter saw Ireland enjoy some pressure as the home side searched for the opener. The Scots soaked up the pressure however and denied any clean chances to score and the game ended goalless.

The contest went to a shootout for the bonus point and it was Scotland who came out on top. Ireland took the lead before Scotland converted a stroke. The goalkeepers played their part up until Scotland took the lead, and held on for a 2-1 victory on penalties.

Boyes in goal for Scotland was colossal in the shootout and Zara Mason and Corrie Hay found the net to give Scotland the bonus point.

Head Coach Keith Smith said, “We had to grind out a result today and it showed great character in our squad. We showed a great defensive platform against a really strong Ireland team and completely contained the threat. We fully deserved the result.

“Over the tournament it’s been brilliant to see how much progress we’ve made, it’s been incredible. After a long time out, and playing in three really hot weekends, we’ve shown great intensity and tempo and every team we’ve played has had to work really hard to compete.” 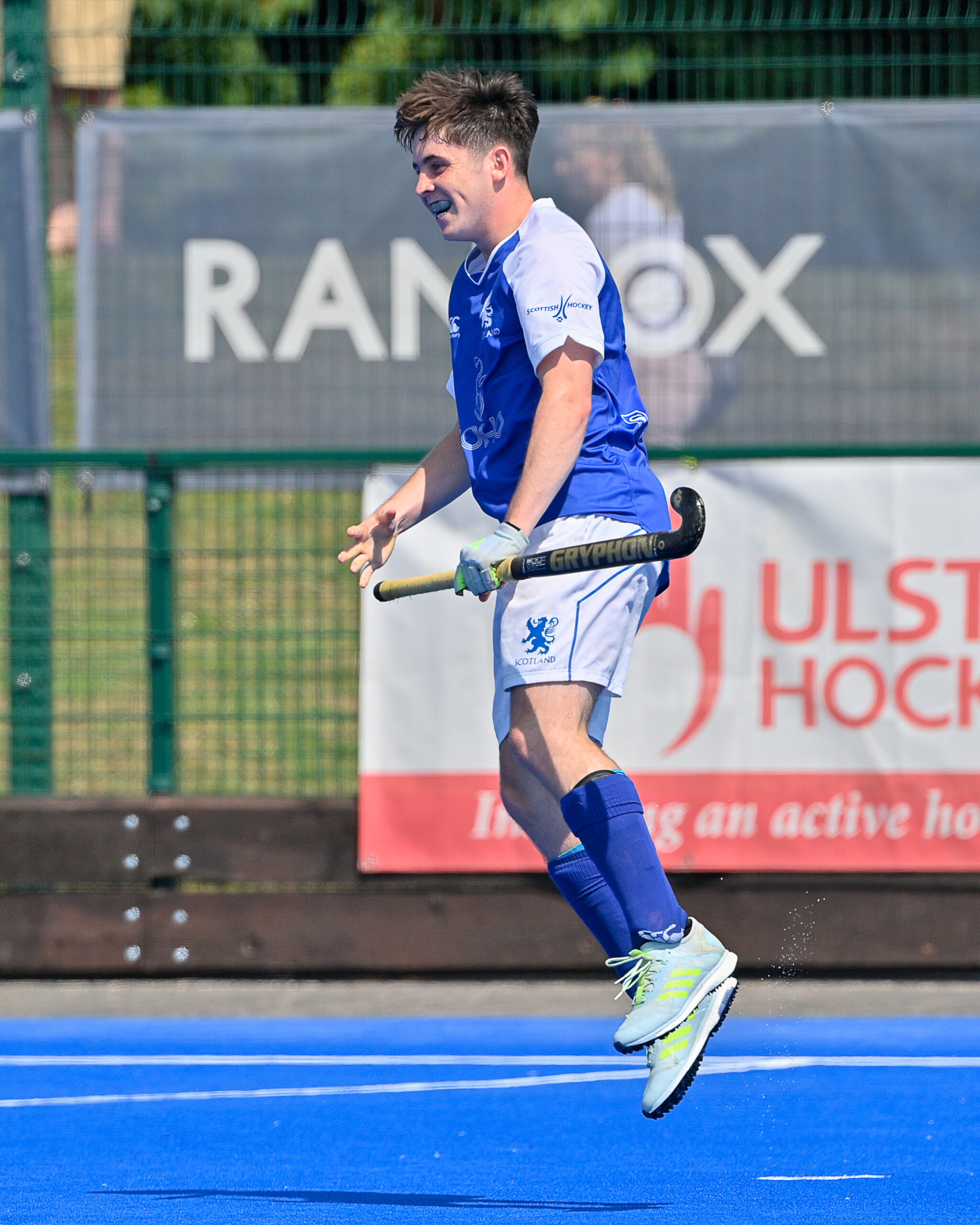