Victory for Scotland women over Wales in Altrincham

Home » News » Victory for Scotland women over Wales in Altrincham

Scotland women won 2-0 against Wales in Altrincham in the first of a two match series. The goals came from Fiona Burnet and Sarah Jamieson in an impressive second half performance.

It was Wales who came out the traps fast and dominated the opening quarter. The Scots defended well and showed good positioning at the back, but some slackness allowed the Welsh to control the early stages.

Scotland came out fast in the second quarter, stole momentum, and started to create chances of their own. Sarah Jamieson and Fiona Burnet both fashioned opportunities but couldn’t capitalise as the game remained at stalemate at the half time break.

The second half saw Scotland take control of the match and play some excellent hockey. The opening goal came from an outstanding flowing move that started inside Scotland’s own 25 line. Sarah Robertson and Katie Robertson connected to find Jamieson, and Jamieson picked out Burnet for an excellent deflection into the net for 1-0.

Scotland doubled their advantage soon after. Some slick play down the right saw the ball find its way to Burnet, who picked out Jamieson and the forward unleashed a glorious backhand strike into the top corner for 2-0.

Jamieson and Burnet linked up exceptionally well throughout the match, while in midfield Katie Robertson and Jess Ross were tremendous in how the frequently opened the Welsh up to create opportunities.

In the end it finished 2-0 and Scotland’s winning momentum continues as the team builds towards the Commonwealth Games.

Head Coach Chris Duncan said, “We started slow but it’s really pleasing to see how we managed to steal the momentum and take control of the match. It was a great team performance in the second half, and we scored two really good team goals. We had fantastic performances all over the pitch and tomorrow we’ll be looking to add a little more ruthlessness to our game to improve further on how we performed today.” 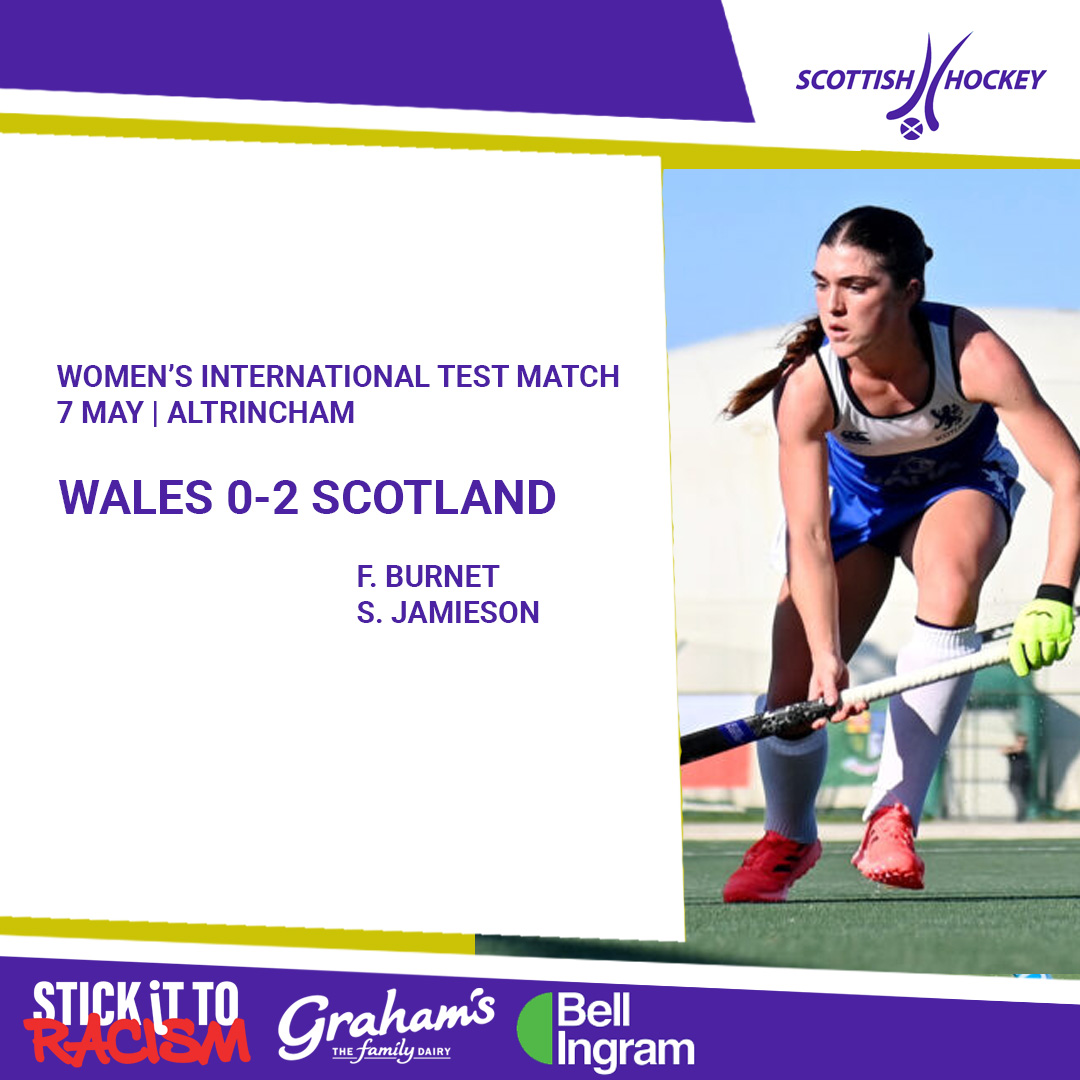