In the final round of games in the league section of Women’s National League 1 Dundee Wanderers finished in pole position, Clydesdale Western are three points adrift in second, while Hillhead`s spectacular run came to an end but they still finished in the top four – a great effort for their side.

In their opening outing of the day Dundee Wanderers showed bottom side Grange no mercy with an 18-1 victory – it was 14 at the interval but the goal avalanche abated a little in the second half. Vikki Bunce was top scorer with six, Charlotte Watson got five, Ruth Blaikie scored a hat-trick and there was a couple for Jessica Ross, and the others were singles.

There was no stopping Wanderers as they overcame Edinburgh University 9-1 in their second outing of the day. The former champions were three up in as many minutes, Emily Dark opened to be followed by a brace from Bunce. Watson and Blaikie added to the Taysiders` tally by the interval, Ella Watt replied for the students. Further goals followed in the second half through doubles from both Dark and Bunce.

Hillhead had a ding-dong affair against Grove Menzieshill and finally came out on top 7-6 in a thrilling encounter. The Taysiders looked to be on a winner with a 3-2 half-time lead, Ellie Stott got two with India Fraser getting the other, Louise Andrews and Zoe Irvine replied for Hillhead.

A Grove Menzieshill victory looked even more likely as Sam Sangster made it 4-2 with a penalty corner strike early in the second half. But back came the Glasgow side with three consecutive strikes from Irvine, Carla MacNiven and Andrews for a 5-4 advantage. That slender lead remained to the end despite Pauline Stott and Sangster scoring again for Grove Menzieshill but that was cancelled out by further goals from MacNiven and Andrews for her hat-trick.

Just when it looked as if Hillhead`s giant-killing reputation was set to continue, they went down 2-1 to Watsonians in their final league encounter. All seemed to be going swimmingly well when Louise Andrews put Hillhead ahead just on the interval. In the second half there was no further scoring from the Glasgow side, but strikes from Nikki Stobie and Emily Newlands secured the narrow victory for Watsonians.

Clydesdale Western secured second spot in the table after seeing off Grove Menzieshill 4-3 – but the story of the game was that the Glasgow side took their chances while Grove Menzieshill had three efforts frustrated by the post.

Western were a goal up at the interval through Kayleigh Justice. Midway through the second half the scores were level at 2-2, Jamie Lyon and Holly Duval scored for Grove Menzieshill while Jen Eadie replied with a shot into the roof of the net. However, in the closing stages Justice netted twice for her hat-trick, Lyon added a belated consolation, but the points went to Western in the end. Special mention should be made of Grove Menzieshill`s 17-year-old keeper Rachel Strachan who made several telling saves.

A 4-1 win over Watsonians gave Western their second victory of the day. They were three up at the interval through Millie Steiger, Jen Eadie and Heather Howie. Nikki Stobie pulled one back with a shot into the roof of the net but the result was secured with a first time shot by Howie in the closing minutes.

Edinburgh CALA broke their duck with a 3-1 win over Edinburgh University. CALA led by an Olivia Henderson strike at the interval. Emma Davie put her side two up only for Ellie Hutcheson to pull one back for the students. However, the points were sealed with a last minute penalty conversion from Davie to restore the two goal cushion.

CALA built on their opening victory with a comfortable 5-1 win over Grange, the highlight was a double from Shona McNab.

In the final game of the day Grove Menzieshill finally hit their stride with a comfortable 8-2 win over Edinburgh University, this result pushed the Taysiders into the top four and consigned the students to second bottom spot.

Jude McMullan, Corrie May, Susan Hamilton and Ellie Stott gave the Dundonians a 4-1 lead at the interval, Ella Watt replied for Edinburgh. It was a similar score in the second half with a double from India Fraser, another from Stott and Sam Sangster completed the scoring, this time Sophie Maunder got the students` consolation. 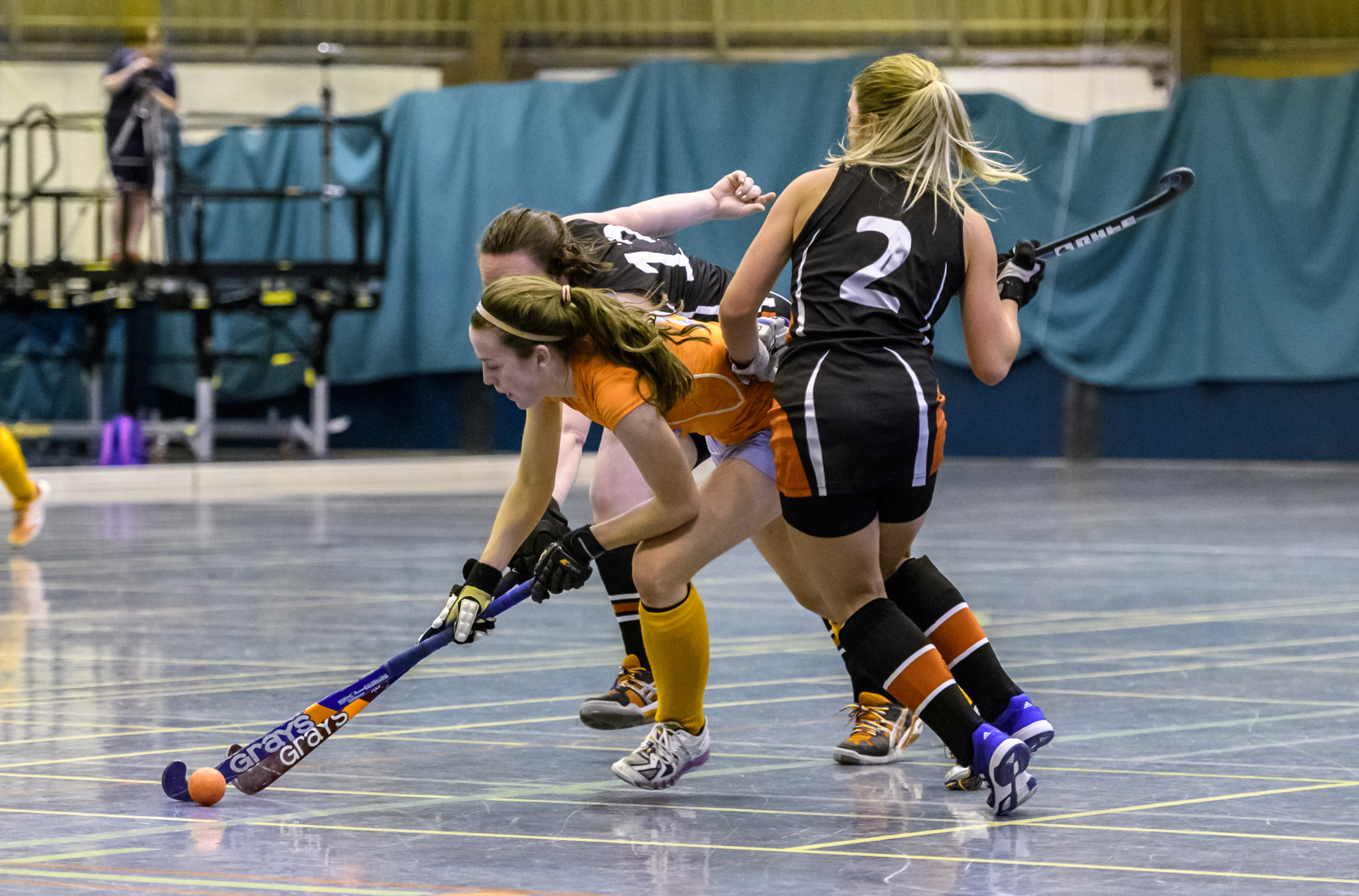