One of the biggest and best nights of the Scottish Hockey calendar is fast approaching with the Schools’ Cup Finals 2020 on the horizon.

Since the first round draw was made in August, over 1,500 young hockey players from 95 teams have competed in this season’s Schools’ Cups.

The finals are amongst the loudest and most colourful events of the year – expect singsongs and fancy dress from a vibrant fan base. Last year’s senior cup finals attracted an incredible 1,600 fans to Glasgow Green to cheer on the players, and this year’s finals are shaping up to be even bigger and better.

At the Junior Schools’ Cup Finals on 6 March the girls’ cup final sees George Heriot’s School return to Glasgow to attempt to avenge last year’s cup final defeat. They will meet St George’s School in an Edinburgh derby for the title.

The boys’ cup has Fettes College taking on Strathallan in the final, a repeat of last year’s final, which saw Strathallan run out as 4-0 winners. Who will come out on top this year? All will be revealed on 6 March.

There are also Plate and Bowl competitions for teams who were knocked out in the first two rounds of the Cups.

The girls’ plate will see Selkirk or Robert Gordon’s take on High School of Glasgow, while in the boys’ plate Merchiston Castle face Stewart’s Melville College.

At the Senior Schools’ Cup finals on 13 March Loretto return in the boys’ cup final to try and get their hands on the silverware after missing out last year. Incredible crowds saw George Watson’s College win a nail-biting shootout against Loretto in last year’s boys’ final. In the 2020 final old foes Stewart’s Melville College take to the pitch in the final for a winner takes all final that promises to be another classic.

Last year’s girls’ cup final saw a fiercely close and competitive Senior Girls’ Cup final end up with a 1-0 win for Dollar over Glasgow Academy. This year, Mary Erskine’s 2-0 win against Dollar in the semis has set up a tremendous cup final against Strathallan.

In the boys’ bowl final Strathallan will play Hutchesons’ Grammar School for the silverware.

Over on Pitch 2 we’ll have the two Plate finals with the girls’ final seeing Hawick; Earlston; Selkirk; or Robert Gordon’s facing Glasgow Academy.

The Senior Boys’ Plate final has Bellahouston/GSOS against Glenalmond College.

Earlier in the day the Aspire Cup has two finals to get the action started. Perth Schools will play Renfrewshire or Dingwall in the girls’ final before Grove Academy face Perth Schools in the boys’ final. 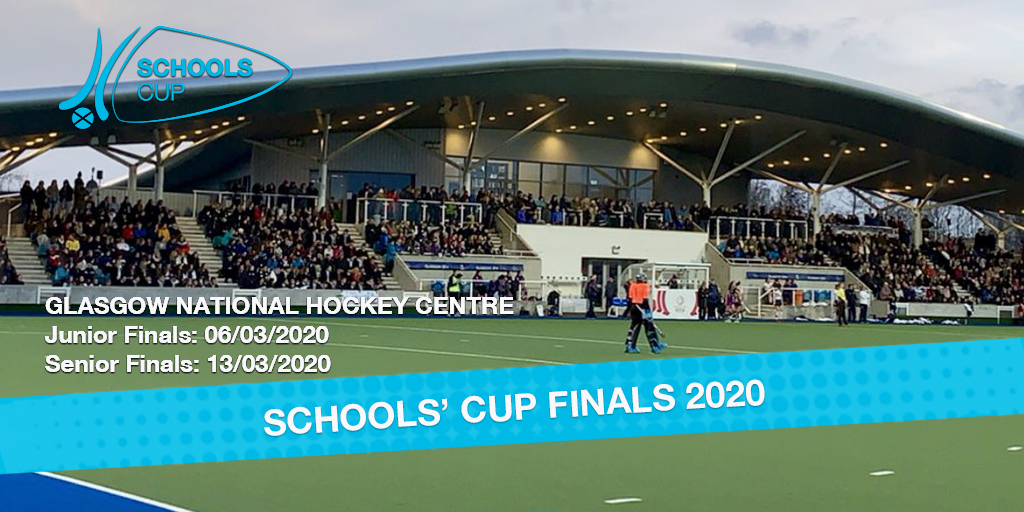