Scotland qualify for Euros semi-final after win over Czech Republic

Scotland defeated Czech Republic 3-2 to qualify for the Women’s EuroHockey Championship II semi-final at the Glasgow National Hockey Centre. Scotland’s goals were struck by Amy Costello; Kaz Cuthbert and Louise Campbell as the Scots clocked up a great victory on home turf.

It was a tentative opening to the match with neither side able to create any clear openings, until Sarah Jamieson had an effort on the turn towards the end of the first quarter, but her low shot zipped past the left post.

Fiona Burnet was next to come close, she found space in the D but couldn’t get her shot away before being hounded by Czech defenders.

Right at the start of the second quarter Scotland goalkeeper Nicola Cochrane made an outstanding save low at her right post to stop Czech Republic from taking the lead.

Scotland then took over and dominated the remainder of the half, creating a number of chances to score. A swift counter attack by Louise Campbell found Jamieson bursting into the D, but she was smothered out by the defence and goalkeeper.

Then Charlotte Watson almost scored with an improvised overhead smash that bounced just wide of the post.

Campbell came so close as the half neared an end; her deflection from a fizzed pass from the right looped just over the bar.

Scotland took the lead right after half time and it came through a powerful Amy Costello penalty corner blasted against the back board. The Scotland and GB player sent an absolute rocket past the goalkeeper to make it 1-0.

The Scots were piling on the pressure and came close with a series of penalty corners. One of the routines paid off when captain Kaz Cuthbert dove to deflect the ball into the roof of the net to make it 2-0. It was her third goal of the tournament and a two-goal cushion for the Scots.

Cuthbert nearly struck another when her spin and shot was saved low at the start of the fourth quarter. Then the Czechs pulled one back through a lovely penalty corner routine with Adela Lehovcova applying the finish to pull it back to 2-1.

Scotland’s response was instant and it came through an exceptional deflected strike by Campbell that saw the ball fly into the roof of the net to restore Scotland’s two-goal lead.

Cochrane made a great save towards the end before a Czech counter attack saw Veronika Decsyova convert to make it 3-2.

Scotland, however, kept good possession as the minutes ticked away and saw the game out well to clock up their second win of the tournament.

Scotland Women’s Head Coach Jen Wilson said, “I’m delighted to get the win tonight, the players have shown great progression and are showing their excellent qualities at this tournament. The quality of the goals were really pleasing, and to score our third right after Czech Republic scored their first shows the great reaction of the players. The players will enjoy this tonight but we have a very tough game against Austria tomorrow. We’ll look to continue our good performances.”

Scotland women compete in Glasgow this summer in a major international tournament. 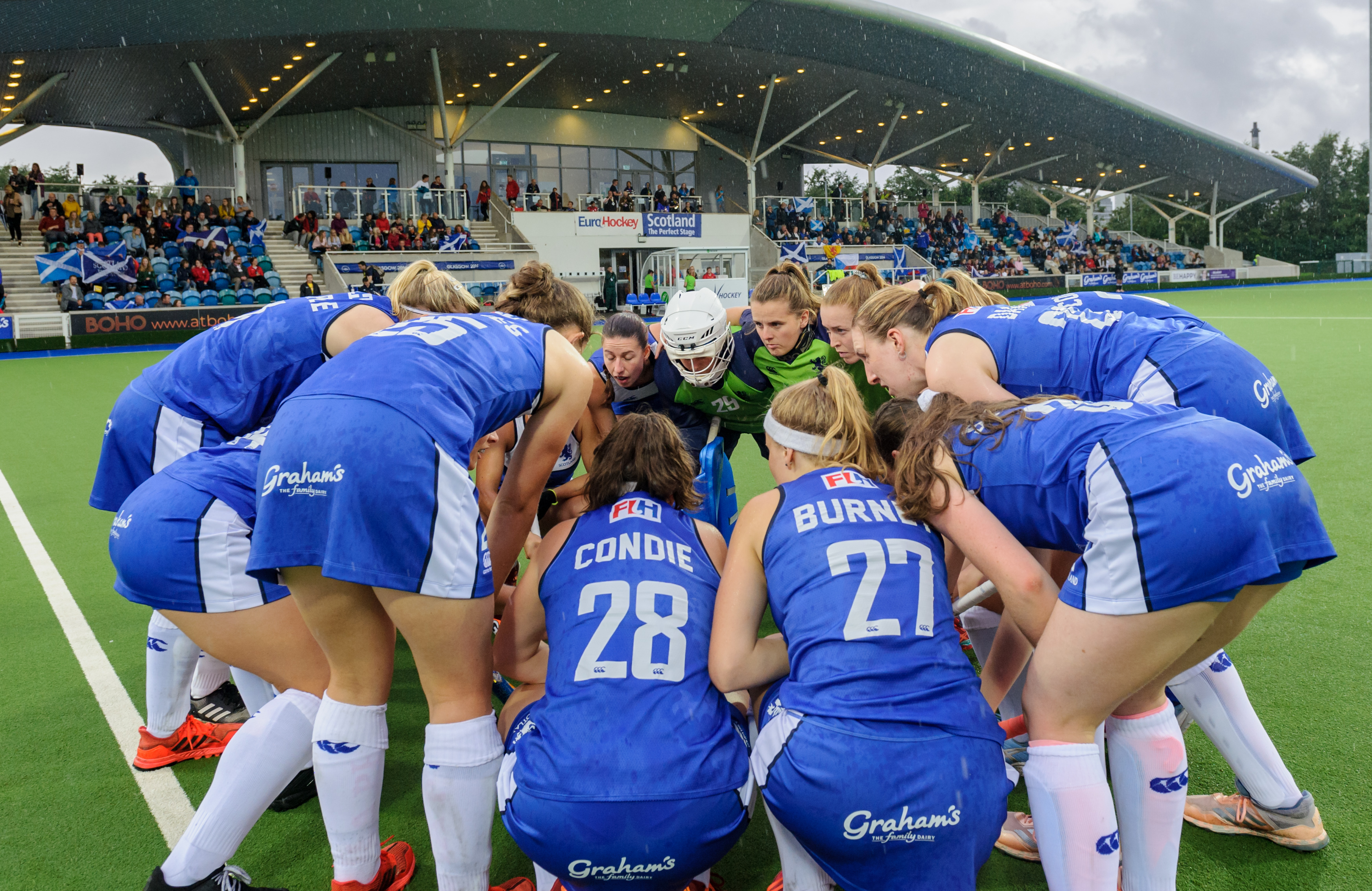