Scottish Hockey umpires and officials have a great reputation worldwide and this reputation has been enhanced with some tremendous appointments from the FIH.

Ged Curran has been appointed as an Umpires Manager for the FIH Hockey Women’s World Cup 2022. This event is to take place from 1-17 July 2022 in Terrassa, Spain and Amstelveen in the Netherlands.

Curran, a former world panel umpire who took charge of the 2012 Olympic Final, was promoted to the International Hockey World Panel list for umpire managers in 2017.

Sarah Wilson has been appointed as an umpire at the FIH Hockey Women’s World Cup 2022 (as above) and, together with Fraser Bell, both have been appointed as umpires for the Commonwealth Games 2022 (Women), to take place in Birmingham from 29 July to 8 August.

Wilson, who was recently a recipient of Lifetime Membership of Scottish Hockey – the highest honour Scottish Hockey can award – officiated the 2021 Olympic Final between the Netherlands and Argentina.

Bell was promoted to FIH Grade 1 umpire for Outdoor Hockey in 2017 and has since officiated at the FIH Men’s Series Finals at Le Touquet-Paris Plage in 2019, the 2019 Test Matches between Scotland and Ireland in Glasgow, and the Men’s Indoor EuroHockey Championship in Berlin in 2020.

Martin Madden, who was also recently a recipient of Lifetime Membership of Scottish Hockey, has been appointed as an umpire at the FIH Hockey Men’s World Cup 2023, to take place from 13 – 29 January 2023 in Bhubaneswar and Rourkela in India.

Finally, Barbara Morgan and Victoria Truesdale have both been appointed as Technical Officials for the Commonwealth Games 2022, to take place in Birmingham from 29 July to 8 August.

Barbara has been an EHF/FIH Tournament Director since 2002 and Officials Convenor at Scottish Hockey since 2017 and Victoria, who attended both St Andrews and Dundee Universities, officiated at the Commonwealth Games in Glasgow in 2014 and on the Gold Coast, Australia in 2018.

Congratulations to all involved! 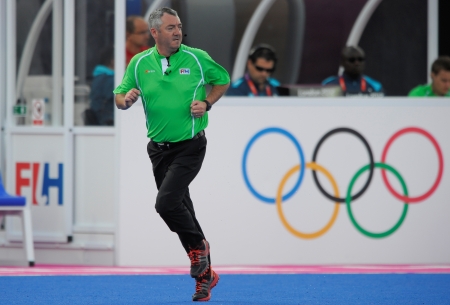